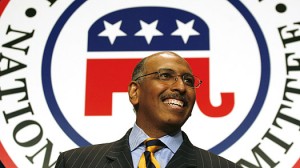 Despite the unwavering and dedicated efforts of the liberal elitists at the Republican National Committee doing everything within their capabilities to subvert the will of the voters and install Massachusetts liberal Mitt Romney as the 2012 GOP Presidential nominee, there remains an outside shot that the sentiments of the overwhelming majority of Republican voters could still play a factor in determining a nominee, averting a disaster scenario in which the Republican alternative to the Democrat incumbent is a man whose positions are nearly indecipherable from those of Obama.

For most everyone paying attention, it has become overtly clear that the RNC and the unelected party bosses who have controlled the candidate selection process for all of this author’s lifetime and probably closer to a century or more have been trying their best to rig the game in order to favor Romney. That their “guy” hasn’t wrapped up the nomination by now (it’s April 02, as of this writing) has them beside themselves, infuriated and making no bones about their discontent with the fact that all candidates not named Mitt Romney have not yet withdrawn from the race like they were supposed to.

Make no mistake, that Romney has not yet secured enough delegates to claim decisive victory is not for lack of corruption on behalf of his buddies at the RNC. These are the same people who nearly immediately following the most successful midterm election in GOP history fired the man who orchestrated the 2010 Republican sweep that brought the party control of the U.S. House of Representatives, broke the Democrats’ Senate super-majority and would have won the Senate outright had massive and unprecedented voter fraud in Nevada not gone unpunished. [Note: In that race between Senate Majority Leader Harry Reid and Tea Party conservative Sharron Angle, Reid’s opponent received tens of thousands more votes than did Reid, but the fox was charged with protecting the hen-house, with the SEIU engaging in well-documented manipulation and fraud of the electronic voting machines in which votes for Angle were switched to Reid, and a large number of heavily Democrat-leaning precincts recorded more votes than there were eligible voters registered to vote within said precincts.]

At the time of Steele’s firing, the decision seemed as baffling as it was unprecedented. Here was a man who as leader of the party helped orchestrated an unprecedented and record-setting midterm election for the GOP in which the party picked up 63 seats in the House and six in the Senate. There was a net change of 126 caucusing members in the House, giving the Republicans a majority with 242 of the chamber’s 435 seats, and barring Nevada’s election fraud of historic proportion would have evened the Senate at 50 a piece.

Why would a party chase a man out the door who had just led them delivered a majority in an election in which the odds of doing so based on the numbers seemed virtually impossible? While at the time the decision appeared to make no sense whatsoever, in April of 2012 as the Republican Presidential primary calender moves into the homestretch, the answer is plainly obvious. It is also beyond disgusting.

In August of 2010, Steele implemented a new set of rules governing how the party elects its nominee for the November Presidential general election. Rather than have a handful of liberal states plus South Carolina (for the misguided appearance of fairness) determine the nominee before the overwhelming majority of the country even gets to vote, Steele spread out the calender, implementing penalties for states that broke the rules and held their contests prior to Super Tuesday. The penalty for doing so would entail the loss of 50% of a state’s total delegates plus the proportional distribution of those delegates rather than a winner-take-all vote. This enabled states that actually vote Republican in the general election to play a role in determining who the party’s nominee would be. Hence the RNC’s fury and the reason they angrily replaced Steele with the relatively obscure Reince Preibus.

The result of Steele’s rule changes have extended the contest at least into April, and have forced the RNC’s hand-picked liberal to spend hundreds of millions of dollars battling conservative candidates whose combined vote totals far outweigh that of the liberal former Massachusetts governor. The race appears headed for a brokered convention, at which, at least in theory, a candidate other than the liberal supported by the RNC could emerge as the party’s nominee.

Not that the party elites will go away quietly. They’ve already been rigging things to the best of their ability to favor Romney, hitting the airwaves and doing the talk-show circuit proclaiming that his nomination is “inevitable”. Naturally, the “Superdelegates”, mostly RNC members or other top party officials, are nearly all lining up behind Romney. Of the 37 who have committed as of the time of this writing, 32 of those 37 have announced they will be voting for Romney.

Additionally, the party elites saw to it that Virginia’s rules were drawn up in such a way that the two conservatives in the race were excluded from the ballot altogether, handing the state to Romney by default while denying the voters of Virginia their say in who the party’s next Presidential nominee should be. There was a primary in Missouri, which conservative leader Rick Santorum dominated winning 55% of the vote, but there were no delegates awarded. Instead, a second “nonbinding” caucus is to be held over a period of several weeks. Nobody seems to fully understand what a “nonbinding” caucus is, but from everything this author has read, it is apparently a vote in which the delegates awarded are not necessarily done so in a manner consistent with the vote of the people. Thus, Missouri will have held two elections in which neither determined how the state’s delegates will be allocated.

Florida’s 50 delegates were supposed to be distributed proportionately due to the fact that the state moved up its primary to January 31. However, Romney outspent his opponents 20-1 after a backroom meeting with RNC officials in which he was instructed that if he won the state, they’d award all delegates to him. He spent an obscene amount of money, and the RNC broke the rules and gave all 50 delegates to Romney. Had any other candidate won Florida, the delegates would have been proportionately assigned.

At this point, we the people had better start to put an enormous amount of pressure on the RNC as well as on state party officials and state delegates. Our only hope to defeat Obama with a candidate that’s actually to the right of him politically is to thwart the RNC’s corrupt attempt at rigging the election for the Massachusetts liberal whose policies as governor were strikingly similar to Obama’s Marxist agenda as President.

Had Michael Steele not pulled the wool over the eyes of the people who’ve helped lead the nation down the path of destruction, what fleeting hope of electing a leader capable of restoring our country to sanity, much less greatness, would be nonexistent. While we’ve still a long uphill battle to fight in ensuring that the party recognizes that 2/3 of Republicans are voting AGAINST Romney, rendering him unfit to serve as the nominee, it’s more than we’d have had the man on whose watch the 2010 63-seat blowout of Congressional Democrats occurred not taken measures to protect we the voters from the likes of those whose agenda is to see to it that the two candidates squaring off in November would be completely and totally indecipherable were it not for the color of their skin.

Mr. Steele, on behalf of red-blooded Americans all across the fruited plain, thank you.

Lt. Col. Shalom Eisner, the IDF officer videotaped striking a Danish anarchist with his gun, told a confidante Sunday that...