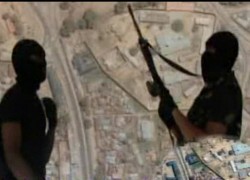 On Wednesday, the U.S. Embassy in Nigeria warned that the northern Nigerian insurgent group Boko Haram may be planning attacks against the capital city of Abuja. However, the Nigerian government continues to downplay the Boko Haram threat.

When the United States issued a similar security alert last November, Nigerian national security advisor General Owoeye Andrew Azazi criticized the United States for exaggerating the threat. Similarly, Nigerian authorities have denigrated the latest embassy statement, stating that “high profile hotels were always a possible target but security was tight and people should not live in fear.” Yet the Nigerian government should be on heightened alert. Boko Haram’s attack against the United Nations headquarters last August sent a clear message that international entities are not off limits.

Considering Boko Haram’s name translates as “Western education is a sin,” it is not entirely surprising that the terrorist group would escalate its attacks beyond Christians, police, and even other Muslims in Nigeria to Western and international targets. An attack against Westerners would have several implications. First, it would embarrass the Nigerian government, blatantly flaunting its inability to protect the capital. An attack would increase Boko Haram’s international profile, as some experts do not consider Boko Haram a major threat to U.S. security. Furthermore, Boko Haram’s main organizational objective is the downfall of the current government. By attacking Abuja, Boko Haram would wound the government and expose its vulnerabilities.

According to Heritage’s Morgan Lorraine Roach, the Obama Administration should make sure that the Nigerian government is a responsible partner in combating this threat. This requires taking Boko Haram seriously. President Goodluck Jonathan issued tough words, claiming his government will “crush” Boko Haram, yet the violence continues.

The United States has a responsibility to protect its citizens in Nigeria. The Nigerian government should not have questioned the necessity of this duty. While it is unlikely that Boko Haram possesses the capabilities to strike the U.S. homeland directly, this does not mean it cannot harm U.S. interests in Nigeria. The Obama Administration should maintain its vigilance and urge the government of Nigeria to do the same.

Treston Wheat is currently a member of the Young Leaders Program at The Heritage Foundation. For more information on interning at Heritage, please visit: http://www.heritage.org/about/departments/ylp.cfm

In Case You Missed It:  Teen Charged with Murder After Gunning Down 70-Year-Old Grandmother Outside Deli in Chicago (VIDEO)
Posted in Terrorism and tagged Foundry, Freedom, Governments, Islam, Jihad, Muslims, Terrorism.

Newt: If this goes to the convention I can win

Newt says that if Romney can be stopped and this primary goes to the convention, he believes that he can...