Ultra Leftist Rep. Barney Frank (D., Mass.), who is retiring from the House this year, now says that President Obama made a “mistake” in pushing for his signature health law. “I think we paid a terrible price for health care,” he told Jason Zengerle of New York magazine. “I would not have pushed it as hard. As a matter of fact, after [Republican] Scott Brown won [Sen. Kennedy’s old seat in Massachusetts], I suggested going back. I would have started with financial reform but certainly not health care.” 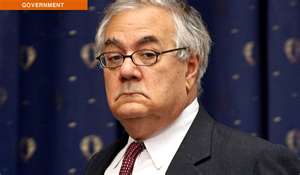 Frank explains that it’s difficult to enact reforms that threaten to disrupt the arrangements of those who already have health insurance and are happy with the care they get. “Obama made the same mistake Clinton made,” says Frank. “When you try to extend health care to people who don’t have it, people who have it and are on the whole satisfied with it get nervous.” (h/t Jim Geraghty.)

Obama, says Frank, overinterpreted his mandate from the 2008 election. “The problem with health care is this: Health care is enormously important to people. When you tell them that you’re going to extend health care to people who don’t now have it, they don’t see how you can do that without hurting them. So I think he underestimated, as did Clinton, the sensitivity of people to what they see as an effort to make them share the health care with poor people.

At a townhall meeting hosted by Congressman Allen West on Monday evening in Pompano Beach, the Q&A segment of the...