The International Olympic Committee (IOC) rejected a request from the families of the Israeli athletes who were murdered by Arab terrorists at the 1972 Munich Games to organize an official commemoration on their behalf. 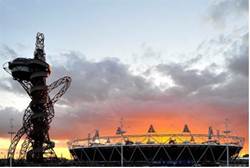 The widows of two of the victims have long campaigned for the IOC to hold an official commemoration, either through a moment of silence or a mention in the IOC president’s opening remarks.

“We want the International Olympic Committee … with all 10,000 young athletes in front of them, to say, ‘Let us not forget what happened in Munich’. (We want this) only for one reason, so it will never happen again,” said Ankie Spitzer, whose husband, Andre, was one of the 11 Israelis killed.

She said the IOC did not want to enrage Arab countries by mentioning the tragedy at high profile events.

“They tell us that the Arab delegations will get up and leave, to which I said: ‘It’s okay; if they don’t understand what the Olympics are all about, let them leave,’” Spitzer said.

Although the IOC participates in remembrance services organized by others, it has yet to arrange its own memorial, a senior Israeli Olympic Committee official said.

“Whenever we have discussed the issue with the IOC, our position has always been, at every meeting, that the time has come for the International Olympic Committee to initiate its own commemoration,” Efraim Zinger, secretary general of the Olympic Committee of Israel, told Reuters.

The IOC said in a written response that the victims of the Munich massacre not be forgotten and that they will continue to attend commemorative events, including one organized by the Israeli Olympic Committee during the second week of the Olympic Games in London.

“One thing is certain: We will never forget,” the IOC said in a statement.

Sudanese Muslims torched a Catholic church Sunday in the capital of Khartoum, part of clashes between Sudan and South Sudan...