A Republican senator Chuck Grassley is raising the possibility that Colombian prostitutes who reportedly had sex with members of the U.S. Secret Service could have actually been Russian spies. 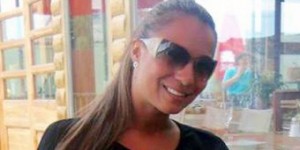 “We’re looking at something that is very, very serious when national security might not be protected properly,” Sen. Chuck Grassley of Iowa said today in a conference call with reporters. “Who knows who might be using prostitutes? The Soviets were famous for that, to get information. You want to know that the president is protected.

About a dozen Secret Service agents are being disciplined and several have already left the agency after allegations arose that a federal advance team in Colombia was caught with a number of prostitutes.

The behavior became international news after one U.S. agent reportedly got into a heated dispute with one of the prostitutes over payment of $47.00.

Since last week, at least two congressional investigations have been initiated, including one by the Senate Judiciary Committee, of which Grassley is the ranking Republican.

“The issue here isn’t just people messin’ around with prostitutes,” Grassley said. “The issue is the security of the president of the United States and the issue is any national security implications that it might have because of the secrecy and the documents and things of that nature.”

According to Radio Iowa, Grassley over the years has spearheaded several probes of federal agencies, including the FBI and the Food and Drug Administration.

“You find a lot of problems come from a culture within the agency,” Grassley said. “Now, I don’t think the Secret Service would have that sort of a culture, but this may be the tip of an iceberg.”

He’s now asking the White House Counsel for details regarding the “quick weekend internal investigation” about any White House personnel involved in the Colombia prostitution scandal. The internal review is said to have discovered no indication of misconduct by the White House advance staff.

Obama Admin: War on Terror is ‘Over’

A B. Hussein Obama Department official has declared, “The war on terror is over.” “Now that we have killed most...