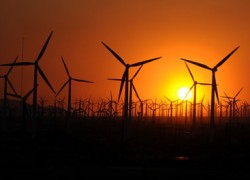 The American people deserve to know what’s going on–and that our tax dollars are being wasted on handouts to other countries, instead of creating jobs for 13 million unemployed Americans.

With the DNC admitting to their top donors that this ad could cause “serious damage” to the Left’s agenda, and President Obama dedicating yet another TV ad to attacking AFP activists, they’re more desperate than ever to keep the truth hidden.

There’s a reason this ad has the Left shaking in fear.

In Case You Missed It:  AZ GOP Chair Dr. Kelli Ward: Some Republicans Say Elections are Free and Fair – They Are Liars, They Are Cheaters and Want to Steal Another Election (VIDEO)
Posted in Financial, Tyranny and tagged China, Democrats, Financial, Finland, Green, Liberalism, Mexico, Obama, Stimulus, Unemployment, United Socialist States of America.

Defense Minister Ehud Barak warned on Monday that as long as Iran poses a threat to Israel with its nuclear...