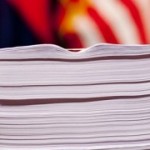 The contraception mandate has met yet another foe. On Monday, the Alliance Defense Fund (ADF) filed a complaint against Secretary of Health and Human Services (HHS) Kathleen Sebelius on behalf of Hercules Industries, Inc., a family-owned HVAC manufacturer based in Denver, Colorado.

Hercules Industries is owned by five family members, all practicing Catholics, who seek to operate the business in accordance with their beliefs. As such, the self-insured company’s health plan does not include coverage of abortion-inducing drugs, contraception, or sterilization procedures—and had no intention of doing so.

Until Obamacare, that is.

Under the law’s HHS mandate, Hercules will be forced to provide and pay for coverage of all these drugs and services in its company’s health plan, directly violating the owners’ deeply held beliefs. Because the company is a private, for-profit business, it is excluded from the mandate’s narrow religious exemption and, like all non-religious employers, is ineligible for the Administration’s year-long “safe harbor period.”

Hercules’s self-insured health plan renews every year on November 1, and the company must make arrangements for what services will be covered in the next plan year by about August to meet open enrollment deadlines. Since the HHS mandate requirements take effect August 1 of this year, ADF has requested an injunction against the mandate within the next 90 days.

Fortunately for Hercules and the seven other organizations challenging HHS, it might not take super-human strength to defeat the ill-conceived and unconstitutional mandate. In its few responses to complaints against the HHS mandate, the Department of Justice has offered up no substantive defense of the new rule but continues to request that federal courts ignore the constitutional problems with the finalized rule and patiently wait until the Administration releases a future rule-making at some undetermined date to deliberate on the law’s legality.

Much like a tentacle of the multi-headed hydra slain by the mythical Hercules, the anti-conscience mandate is just one of many liberty-trampling provisions in Obamacare. Dictating what employers must cover, what insurance companies must provide, and what individuals must purchase, the health care law contains countless, inescapable provisions that restrict freedom and could pose many additional conflicts of conscience.

Congress can learn a lesson from ancient myth by recognizing that the problems with the health care law can’t be dealt with piecemeal by simply excising individual, offensive provisions. The health care monster that’s threatening jobs, the economy, and constitutional liberties needs to be slain in its entirety—by repealing Obamacare.

The fight against racial discrimination in South Africa was led by Leftist organisations and socialist political parties. For example, Peter...