Jason Weinstein, a deputy assistant attorney general in the Justice Department’s criminal division, argued that requirements for warrants at early stages of investigations would “cripple” prosecutors and law enforcement. I other words they want access to your cellphone records without a warrant! 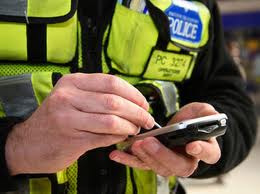 The U.S. Supreme Court ruled this year that a warrant was needed to put a GPS satellite tracking device on a suspect’s vehicle, prompting questions about other instances where probable-cause warrants should be needed to obtain information in the rapidly changing world of mobile devices.

Federal courts around the country are split on whether to require warrants for records of phone usage collected at towers that transmit cellphone signals, Weinstein told a conference.

While prosecutors have been told to get warrants to put a tracking device on a vehicle or to track the precise GPS location of a person via their cellphone, they should not be needed to obtain data from the towers, Weinstein said.

One civil liberties advocate sought to challenge that assertion, saying the Obama administration had made the same argument during the Supreme Court GPS case and it had been soundly rejected and now they try again.

“Not one justice accepted the Department of Justice’s argument in that case. It got zero votes,” Greg Nojeim, senior counsel at the Center for Democracy and Technology, said during the conference. “We’re all here, the criminals are not taking over the country.”

While some proposals have been made in Congress to address concerns and confusion about when a warrant is needed as new technologies emerge, the chances of legislation passing are considered slim because it is an election year and little legislation is expected to pass.

Democratic Senator Ron Wyden of Oregon and Republican House of Representatives member Jason Chaffetz of Utah proposed a bill last year trying to detail a legal framework, including requiring a warrant for acquiring location information for a person; however the legislation has not advanced.

In Case You Missed It:  “That’s a Lie!… We Want an Audit!” – Worthless North Carolina GOP Chairman BOOED and HECKLED at GOP Election Integrity Event (VIDEO)
Posted in Tyranny and tagged Constitution, Marxism, Obama, US Citizen.

Recent press reports indicate that FEMA uses the status of Waffle House restaurants to gauge the severity of conditions following...