North Carolinians, like many Americans, are concerned that opening the door to foreign companies will result in the loss of jobs, hurting the economic livelihood of the state and its residents. North Carolina’s elected officials have reflected their concerns on free trade through their voting patterns.

Both the voters and their representatives should rethink their position on free trade. While expanding on trade relations with other countries may, in some circumstances, lead to a decrease in employment for certain sectors, the overall benefits far outweigh the costs.

North Carolina continues to be a shining example of this concept. In an economy that has relied on textile production since the aftermath of the Civil War, increased competition at the international level provided the North Carolina economy the chance to diversify into new market ventures. Today, North Carolina ranks 10th in states whose employment is most driven by foreign direct investment (FDI) and has enjoyed consistent long-term growth in GDP, ranking in the highest quintile of economic growth among the 50 states in 2010.

Openness to foreign investment and trade can also aid in alleviating the state’s current employment woes. Many of North Carolina’s strongest job-creating sectors, namely retail and manufacturing, are heavily dependent on their ability to procure imports or put their exports on the open market. FDI itself accounts for more private-sector job creation than any sector in North Carolina other than retail. In fact, foreign investment from such companies as Daimler Trucks, Electrolux, and Syngenta have led to the creation of thousands of jobs in North Carolina. 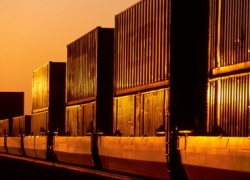 With contributions from these and other foreign companies, North Carolina continues to grow and prosper. Yet the protectionist mindset continues to push representatives in the opposite direction. Taking a lesson from the Tar Heel State, Americans should work to change this anti-trade sentiment if they want to see continued improvements in overall economic output and the standard of living.

I'm going to violate the first law of punditry by conceding that I don't get it when addressing Russia's moves...