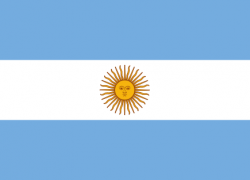 Argentina’s vice president, Amado Boudou, is confirmed to speak tomorrow at the annual Council of the Americas (COA) meeting at the Inter-American Development Bank in Washington.

COA is an association of international businesses founded in 1965 by David Rockefeller that promotes “open markets, the rule of the law, and democracy throughout the Western Hemisphere.” Boudou, who is under indictment in his home country and who championed last week’s expropriation of YPF, private Spanish oil company Repsol’s subsidiary in Argentina, is not exactly a poster boy for rule of law.

Boudou also played a key role in the 2008 action by Argentine President Cristina Fernandez de Kirchner’s government to expropriate nearly $30 billion in private pension savings. Yet COA is offering him a platform for his Chavista-inspired brand of lawlessness.

In attendance at the COA event will be U.S. Assistant Secretary of State for Western Hemisphere Affairs Roberta Jacobson who, in testimony before Congress last week, noted that the U.S. relationship with Argentina has become very difficult. She faulted Argentina’s unwillingness to settle its international debt obligations and advised that Argentina must restore a “positive relationship with the international financial community and its creditors in the U.S. and the world.”

Unfortunately, nationalizations are all too common in Latin America, but the way in which Kirchner’s government has handled the YPF takeover is unique, argues the WSJ’s Mary O’Grady. She suggests that the recent action is proof of Argentina’s “special nature of kirchnerismo, an economic model that enriches friends of the government while driving the nation towards poverty.”

This also helps to explain why the Argentine government moved to boycott imports from the U.K. and imposed other protectionist trade policies, resulting in a sharp rebuke by the World Trade Organization on behalf of 40 member nations, including the E.U., U.S., Japan, Korea, Mexico, and Panama. In addition, Argentina has failed to settle nearly $1 billion in outstanding payments mandated by the World Bank’s arbitration body, the International Centre for Settlement of Investment Disputes. Since its historic sovereign default in 2001 (the largest ever), Argentina has contested over 170 lawsuits and refused to honor 100 court judgments ordering it to fulfill its debt obligations to U.S. creditors.

It’s time to hold Argentina accountable, even if the leadership of the COA won’t. The real problem, according to Moises Naim, is the “systemic learning disability” of Argentine leaders. If Argentina won’t play by international rules, it should be denied membership in the G-20.

A few weeks ago, around Tax Day, Heritage started warning of Taxmageddon—a one-year, $494 billion tax hike that slams the...