Recently uploaded satellite images to Google Earth reveal what appears to be a Hizbullah terror training ground constructed after the 2006 Lebanon War. 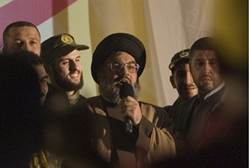 According to military analysts, the facility near Janta in the Bekaa Vaalley includes a suspected driver training course, a 100-meter firing range, and a possible urban terrain assault course.

The area was designated the terror groups primary staging line following the redeployment of UNIFIL peacekeepers on the Blue Line, which separates Israel from Lebanon.

The scale of the activity buttresses previous reports of significant Hizbullah efforts undertaken since the 2006 war to prepare itself for its next conflict with Israel.

But the overt nature of the construction work also raises questions as to the purpose of these facilities, which should be easily visible to Israeli UAV reconnaissance missions.

Dutch diplomats from Syria tried to visit the sites in 2010, but were firmly turned away by Hizbullah. The move underscored the likely military nature of the new construction.

However, analysts caution that Hizbullah has a deserved reputation for deceit and deception, which could mean the new sites are sleight of hand to hide significant work elsewhere.

The Google Earth image of the Janta area is dated May 21, 2011, and when compared to the previous image dated 28 November 2005 shows substantial activity such as new tracks and buildings alongside the more militaristic facilities.

The region served as the birthplace of the nascent Hizbullah in 1982 when it, along with Iranian Revolutionary Guard instructors, began its first recruiting drive in Shiite villages following Israel’s invasion in June.

There are few trees on the barren hills in the eastern Bekaa, making them vulnerable to observation and attack.

Indeed, Hizbullah abandoned these training areas following a deadly air raid in June 1994 by Israeli jets and helicopters against the Ain Dardara camp, which left over 40 recruits dead.

However, between 2008 and 2009, Western intelligence analysts noted new earthworks in the hills, which were subsequently identified as a “significant and active training camp.”

In the Jezzine area, numerous buildings and new roads have appeared in the hills south of the town in areas sealed off by Hizbullah after the 2006 war. The location and existence of these “security pockets” is common knowledge.

The hills are strategically advantageous, with clear overviews of the western Bekaa to the east, and the coastal littoral to the west.

From 2000 to 2006 intelligence officials knew where Hizbullah’s security pockets were, but no one knew what the terror group was doing in them.

Now, it is apparent to anyone with an Internet connection.

In Case You Missed It:  Proof that the Taliban takeover was not Biden's incompetence But TREASON!
Posted in Israel, Terrorism and tagged Hezbollah, Islam, Israel, Jihad, Lebanon, Palestinians, Terrorism.

In April, the Independent Working Group (IWG) on Missile Defense and the Space Relationship held an event on the new...