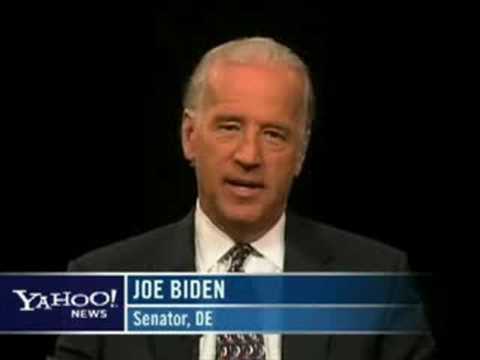 The remarks will likely prove a headache for an administration that is trying to distance itself from its anti-coal image.

As Scribe reported on Friday, the Obama campaign adjusted its website to promote its work with “clean coal” in the wake of an embarassing showing in the Democratic primary in coal-intensive West Virginia. Obama lost 41% of the vote there to federal prison inmate – a fact the state’s Democratic Party chairman attributed directly to the administration’s stance on coal power.

In a video from the 2008 campaign, Biden can be seen decrying even “clean coal” power – which the Obama campaign made a point of lauding this week – and insisting that the Obama team is “not supporting clean coal…No coal plants here in America.”

Obama’s policies have borne out that philosophy. A recent regulation issued by the Environmental Protection Agency would effectively end the coal industry by preventing any new coal plants from being constructed.

With negotiations over the Trans-Pacific Partnership (TPP) between the U.S. and eight other countries set to resume this week in...