Following through on President Obama’s announcement last month in Cartagena that the U.S.–Colombia Trade Promotion Agreement will take effect on May 15, 2012, U.S. Secretary of Agriculture Tom Vilsack made the following statement:

Beginning today, U.S. agricultural exporters receive duty-free access on more than half of the products we currently export to Colombia, and virtually all remaining tariffs will be eliminated within 15 years. Estimates show that the tariff reductions in the U.S.-Colombia Trade Promotion Agreement (FTA) will expand total U.S. exports by more than $1.1 billion, supporting thousands of additional American jobs while increasing U.S. GDP by $2.5 billion. 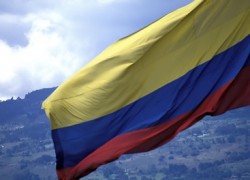 While this is good news for American workers and the U.S. economy, what the Obama Administration failed to mention was that it had joined with its allies in Congress to block approval of the FTA with Colombia for nearly half a decade. House Ways and Means Trade Subcommittee Chairman Kevin Brady (R–TX) noted that fact in his congratulatory announcement last fall that passage had been “nearly five years in the making.” In that time, the U.S. lost its competitive advantage on billions of dollars of sales to Colombia that U.S. competitors were happy to make up.

The U.S.-based Latin America Trade Coalition reported in September 2011 that, in the years after the U.S.–Colombia agreement was signed in November 2006 until it was finally approved in October 2011, U.S. exporters had to pay over $6 billion in tariffs to the Colombian government that would have been eliminated upon full implementation of the FTA.

In Case You Missed It:  Molotov sisters: Girl 27, 'threw a bomb at police van with 4 NYPD cops inside' charged w/ attempted murder

In any case, the FTA has finally been implemented, and that must be a good thing, since the far-left guerillas in Colombia chose to “celebrate” the occasion by trying to kill one of former President Alvaro Uribe’s ministers today in a deadly car bombing in Bogotá.

With the FTA now in place, Colombia and the U.S. can look together to ever stronger ties and greater certainty that open markets and freer movements of goods, services, and investments will cement the two democratic nations together. That is reason to celebrate.

What if everything we’ve been told about the financial crisis is wrong?

Stop me if you’ve heard any of the following before: Exploding ARMs to subprime borrowers kicked off the nation’s housing...