Outgoing IAF commander Maj. Gen. Ido Nechushtan suggested on Friday that it would be better to keep quiet on the subject of Iran and a possible Israeli strike on its nuclear facilities. 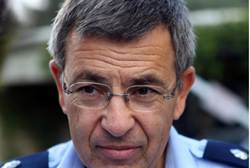 In a special interview with Channel 2 News, Nechushtan, who is retiring from the IDF after 37 years of service, said, “We are not commentators of this situation, we are not closely following the events. We are on the side of the solutions. We come from the side of the tools that are at the country’s disposal.”

He added, “I think that some of the public discourse being made is out of place. It’s not helpful, it’s even harmful and in any case is not made on the basis of sufficient information or data. I think it is best to keep silent on this.”

“We’re unable to talk about many things we’ve done and maybe that’s a good thing,” said Nechushtan, perhaps hinting at some covert operations Israel has carried out. “The Air Force will continue to protect Israel.”

Nechushtan said that “The Air Force understands the relevant tasks on the agenda, and its job is even to find them early. It sits and builds programs and builds strength. It is trained and prepared for any scenarios and with this I’ve said a lot.”

The IAF’s new commander who replaces Nechushtan is Major General Amir Eshel. Eshel was officially appointed last week in a ceremony at the Chief of Staff’s bureau in Tel Aviv’s Rabin (Hakirya) Camp.