Egypt has confirmed Christians’ fear of Islamic rule and has sentenced 12 to life in jail for their part in warding off Muslim mobs last year. The court acquitted eight Muslims. 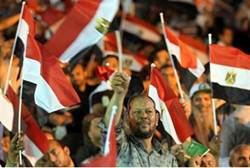 The Christians were found guilty and sentenced for killing two Muslims and for causing a disturbance in the April 2011 riots south of Cairo when a Muslim bus driver, angered by a speed bump in a Christian neighborhood, began to fight with security guards.

The bus driver later returned with dozens of friends to protest the guards’ beating him, and Christians viewed the demonstration as a prelude to an attack. They shot from rooftops, killing two and wounding two others, and Muslims retaliated the following week setting Christian stores and homes on fire.

Egypt’s 10 percent Christian population is afraid for its future after this week’s presidential election. Such fear has forced an estimated 100,000 Christians to flee Egypt since last year’s revolution.

“Two of the frontrunners in the race with a realistic chance of winning are deeply devout Islamists,” CBS correspondent Elizabeth Palmer said on Sunday.

Palmer interviewed a Coptic priest and a Christian layman. Father Pola Marqus of St. Mary’s in Cairo told her, “We see that in neighboring countries with Islamic leaders, Christians aren’t safe… So we’re concerned now about getting an Islamist president, too.”

This year’s National Memorial Day Parade in Washington, D.C., will have a special focus on Iraq veterans—and a way to...