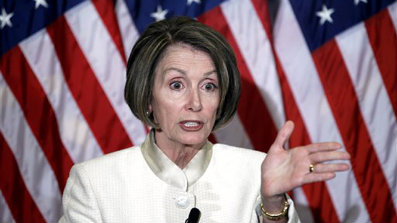 It’s comfortable living in a cocoon — associating only with those who share your views, reading journalism and watching news that only reinforce them, avoiding those on the other side of the cultural divide.
Liberals have been doing this for a long time. In 1972 the movie critic Pauline Kael said it was odd that Richard Nixon was winning the election, because everyone she knew was for George McGovern.
Kael wasn’t clueless about the rest of America. She was just observing that her own social circle was politically parochial.
The rest of us have increasingly sought out comfortable cocoons too. Journalist Bill Bishop, who lives in an Austin, Texas, neighborhood whose politics resemble Kael’s, started looking at national data.
It inspired him to write his 2008 book, “The Big Sort,” which describes how Americans since the 1970s have increasingly sorted themselves out, moving to places where almost everybody shares their cultural orientation and political preference — and the others keep quiet about theirs.
Thus professionals with a choice of where to make their livings head for the San Francisco Bay Area if they’re liberal and for the Dallas-Fort Worth Metroplex (they really do call it that) if they’re conservative. Over the years, the Bay Area becomes more liberal and the Metroplex more conservative.
But cocooning has an asymmetrical effect on liberals and conservatives. Even in a cocoon, conservatives cannot avoid liberal mainstream media, liberal Hollywood entertainment and, these days, the liberal Obama administration.
They’re made uncomfortably aware of the arguments of those on the other side. Which gives them an advantage in fashioning their own responses.
Liberals can protect themselves better against assaults from outside their cocoon. They can stay out of megachurches and make sure their remote controls never click on Fox News. They can stay off the AM radio dial so they will never hear Rush Limbaugh.
The problem is that this leaves them unprepared to make the best case for their side in public debate. They are too often not aware of holes in arguments that sound plausible when bandied between confreres entirely disposed to agree.
We have seen how this works on some issues this year.
Take the arguments developed by professor Randy Barnett of Georgetown Law that Obamacare’s mandate to buy health insurance is unconstitutional. Some liberal scholars like Jack Balkin of Yale have addressed them with counterarguments of their own.
But liberal politicians and Eric Holder’s Justice Department remained clueless about them. Then-House Speaker Nancy Pelosi, asked whether Obamacare was unconstitutional, could only gasp, “Are you serious? Are you serious?”
In March, after the Supreme Court heard extended oral argument on the case, CNN’s Jeffrey Toobin was clearly flabbergasted that a majority of justices seemed to take the case against Obamacare’s constitutionality very seriously indeed.
Liberals better informed about the other side’s case might have drafted the legislation in a way to avoid this controversy. But nothing they heard in their cocoon alerted them to the danger.
Another case in point is Wisconsin Gov. Scott Walker’s law restricting the bargaining powers of public employee unions. The unions and the crowds in Madison, which is both the state capital and a university town and which with surrounding Dane County voted 73 to 26 percent for Barack Obama, egged each other on with cries that this would destroy the working class. No one they knew found this implausible.
The unions had an economic motive to oppose the laws and seek to recall first Republican legislators and then Walker himself. The law ended the automatic checkoff of union dues, which operated as an involuntary transfer of money from taxpayers to union leaders.
But voters declined to recall enough Republicans to give Democrats a majority in the Senate, and Walker currently leads Milwaukee Mayor Tom Barrett in polls on the June 5 recall election.
The Madison mob seemed unaware that there were attractive arguments on Walker’s side.
Why should public employee union members pay less for health insurance and get fatter pensions than the taxpayers who pay their salaries? Why is it a bad thing for property taxes to be held down and for school districts to cut perks for union members enough to hire more teachers?
Beyond the Madison cocoon, in Wisconsin’s other 71 counties, which voted 55 to 44 percent for Walker in 2010, such arguments are evidently proving persuasive. Maybe liberals should listen to Rush every so often.

Michael Barone,The Examiner’s senior political analyst, can be contacted at [email protected]. His column appears Wednesday and Sunday, and his stories and blog posts appear on washingtonexaminer.com.