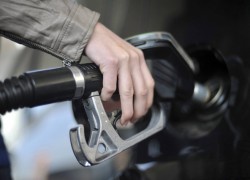 As Americans across the country gear up for Memorial Day, they have welcomed the recent dip in gas prices. Although gas prices are down nearly 20 cents per gallon from one month ago, the average price in the United States remains uncomfortably high at $3.68 per gallon. AAA projects Memorial Day travel will be similar to that of 2011, slightly increasing by 1.2 percent.

The news, really, is that these high gas prices aren’t news anymore. Consumers have grown accustom to $3.50 or $4 per gallon on the signs at gas stations, as long as the prices aren’t consistently spiking upward. This becomes problematic when it allows policymakers to put gas prices on the back burner, because these currently high prices are draining the wallets of millions of Americans and are taking a toll on businesses that have to pass the costs on to consumers or absorb the costs.

In a recent Small Business Entrepreneurship Council poll, 40 percent of small businesses responding said they have had to increase their prices. Consumer demand is already down, and passing the costs of higher energy prices to consumers will suppress demand even further, causing lower output, lower income, and higher unemployment. A new study by Bankrate, Inc., found that nearly 60 percent of Americans cut back on spending in 2012 because of high gas prices.

The other option for businesses is to absorb the costs. In an attempt to shield loyal customers from higher prices and maintain their consumer base, many businesses are absorbing the higher costs. For instance, Lorne Campbell, owner of the Washington, D.C.-based bakery Occasionally Cake, has seen supply costs increase 10 percent to 12 percent over the past year while delivery costs have doubled. Yet Occasionally Cake has not raised costs since opening in 2009: “A small business is about personal relationships,” Campbell says. “It’s about trust.”

Absorbing costs has a rippling effect as well. Squeezing profit margins thinner is preventing Campbell and other small business owners from hiring more workers, and instead, they are asking current employees to take on additional responsibilities or fewer hours. Moreover, many small businesses, family-owned farms for example, are price takers. Because the price is set by the market, these farmers have no choice but to absorb the costs; consequently, profits and investments shrink, and the economy suffers.

America’s policy response to high oil prices is not as efficient as it could be, largely because the energy economy is far from a market-oriented one, and Washington reacts only when gas prices climb upward.

Whether gas prices are $1.50 per gallon or $3.50 per gallon, policymakers need to open access to energy resources, reduce onerous regulations in which the costs exceedingly outweigh the benefits, and remove energy subsidies for all energy sources and technologies. This will directly create jobs, help lower prices, and create the regulatory certainty needed to jumpstart America’s economic engine.

In Case You Missed It:  Biden Admin to Send the Taliban Millions in US Dollars After Arming them with $83 Billion in US Military Weapons
Posted in Financial and tagged Financial, Foundry, Freedom, Obama, Oil.