As the French legislative elections in June approach, the picture looks very bad for the Union for a Popular Majority (UMP) party that was the party in power until recently. 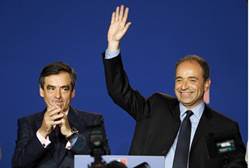 The new president, Francois Hollande, is currently basking in a 61% positive popularity rating. It is therefore difficult to see why the French voter will not seek to equip Hollande with a legislative majority. It has been the rule that each time an opposition party captured the presidency, it then went on to win a legislative majority.

Only in what could be described as midterm elections, when legislative elections were held in the middle of the president’s term, as in 1985 or 1997, did a case occur where the presidency was held by one bloc and the National Assembly by the rival block, necessitating cohabitation, or living together, purely in a political sense.

What issue is the UMP going to campaign on? They have just lost a presidential election, where the main issue was austerity versus growth. The prospect of growth was obviously going to be more alluring, and so far Hollande has not crashed in his international meetings, although Europe is still quivering about facing a possible Creek exit from the euro zone.

The UMP has not resolved how it is going to handle the challenge posed by the National Front of Marine Le Pen. Unless the party is prepared to do some horse trading with the National Front to support each other’s best positioned candidates – on the seconds runoff ballot – it will be in a very disadvantageous position against the united left, as the presidential elections have already demonstrated.

Finally, with the departure of former president Nicolas Sarkozy, the party is in entering the month of the elections without knowing who the party leader is going to be.

Will it be former Prime Minister Francois Fillon or party secretary Jean-Francois Copé or perhaps somebody else? Such a choice will only be made in the autumn. For the elections, the UMP members of the outgoing parliament will choose a president of their caucus.

Onslaught of 1700+ Hate Texts to a Jewish Student

A teenager in Albuquerque is accused of sending hundreds of anti-Semitic text messages to a fellow student, including “kill Jews,...