CEO Greg Hughes of Israel’s Symantec said Tuesday that the Flame virus found in Iran is the cyber-warfare equivalent of a “targeted killing.” 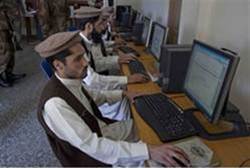 “Once the file has spread and computer penetration is accomplished by exploiting loopholes in operating systems, then it can perform tasks such as ‘photographing’ the computer screen, or record operations made by the computer,” Hughes explained.

Flame can reportedly also record keystrokes and copy files, such as audio files, on a computer’s hard drive.

“You have to look at this with a perspective of time,” he added. “They recently discovered a number of attacks, but this began two years ago. And, this is a change from the old way, when attacks were widespread and affected computers around the word in bids to cause damage and show off capabilities.”

“This is a specifically targeted and highly precise attack. This attack is like a precision targeted killing rather than mass slaughter,” he added, noting that the file – or a collection of files – would have to be directly inserted into vulnerable computers.

So far, Flame is known to have struck at least 600 specific computer systems in Iran, Syria, Lebanon, Egypt, Sudan, Saudi Arabia and the Palestinian Authority.

The Russian information security company ‘Kaspersky’ described Flame as “one of the most complex and dangerous threats ever discovered.”

Kaspersky defined Flame as “data-stealing virus” and “cyber-espionage worm” designed to collect and delete sensitive information, primarily in Middle Eastern countries. It also hinted markers in the code imply it may have been created by the makers of the Stuxnet worm.

Asked about the attack on Army Radio on Monday, Minister of Strategic Affairs Moshe Ya’alon said, “Whoever sees the Iranian threat as a meaningful threat – it is reasonable he would take various measures, including this one.”

“Israel has been blessed with being a state rich in top level high-tech. These tools that we take pride in open up various possibilities for us,” he added, without specifically saying Israel originated Flame.

Officials in Tehran have directly blamed Israel for Flame, as they did with the Stuxnet virus.

“The Vice Prime Minister of the Zionist regime admitted the role of the regime in creating the virus Flame for cyber espionage in the Middle East, and especially in Iran,” the semi-official Fars News Agency reported. “Moshe Yaalon’s statements today are an additional confirmation of Israel’s role in developing the malicious program.”

“Illegitimate regimes are producing viruses and trying to use cyberspace and this is not really effective,” he told reporters at a weekly press briefing.