After the Fukushima reactor disaster, Japan appeared to be through with nuclear power. This however left the issue of energy shortages unresolved. 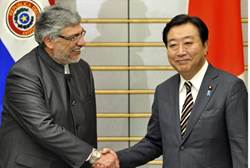 With the summer looming and power demands expected to spike due to the need for air conditioning. Japan is beating a moderate retreat. The Union of Kansai Governments has grudgingly okayed a “limited” restart of 2 reactors at Kansai electric power company.

Nobody knows what ‘limited’ means in terms of time duration and there’s been no commitment to shutdown reactors once the summer has gone.

Once the new nuclear regulatory agency is established, the situation will be reviewed. The problem is that the establishment of the new agency is already experiencing long delays. It was expected to be in business by April 1, but the deliberations in the Japanese Diet have just begun.

The governments is planning to put top elected officials on the site of the 2 reactors in the town of Oi, both to ensure the reactors’ safety as well as to send a message that deputy ministers are willing to put their safety on the line on behalf of the policy.

Noda’s predecessor Naoto Kan, on whose watch the nuclear disaster occured, criticized what he considered backsliding on the nuclear issue. Kan is testifying in a legislative inquiry into the disaster that has been going on for half a year.

The former prime minister warns about a Japanese nuclear industrial complex called the “nuclear village” that included the power companies, researchers and regulators who are basically in bed with the nuclear industry.

In a related development, deputy prime minister Katsuaya Okada hinted that Japan will now have to backtrack from its pledge to reduce greenhouse gas emissions by 25% from 1990 levels.

Japan. he explains. had given its pledge in the assumption that it would continue to make extensive use of nuclear power [that with all its faults and dangers is environmentally friendly in terms of greenhouse gases]. He was noncommittal on the new target, saying only “We will decide on a (percentage) figure at some point and convey it overseas.”

In Case You Missed It:  GLOBAL ALERT: An estimated 10 million people PER DAY are set on irreversible countdown to vaccine death that could exterminate BILLIONS if not stopped in the next year
Posted in Freedoms and tagged Energy, Freedom, Global Warming, Green, Japan, Nuclear Weapons.

Court Strikes Down The Defense of Marriage Act

Today, a unanimous panel of the U.S. Court of Appeals for the First Circuit held unconstitutional a provision of the...