The New York Times reports that President Obama has created an official “kill list” that he uses to personally order the assassination of American citizens. Considering that the government already has a “Do Not Call” list and a “No Fly” list, we hereby request that the White House create a “Do Not Kill” list in which American citizens can sign up to avoid being put on the president’s “kill list” and therefore avoid being executed without indictment, judge, jury, trial or due process of law. 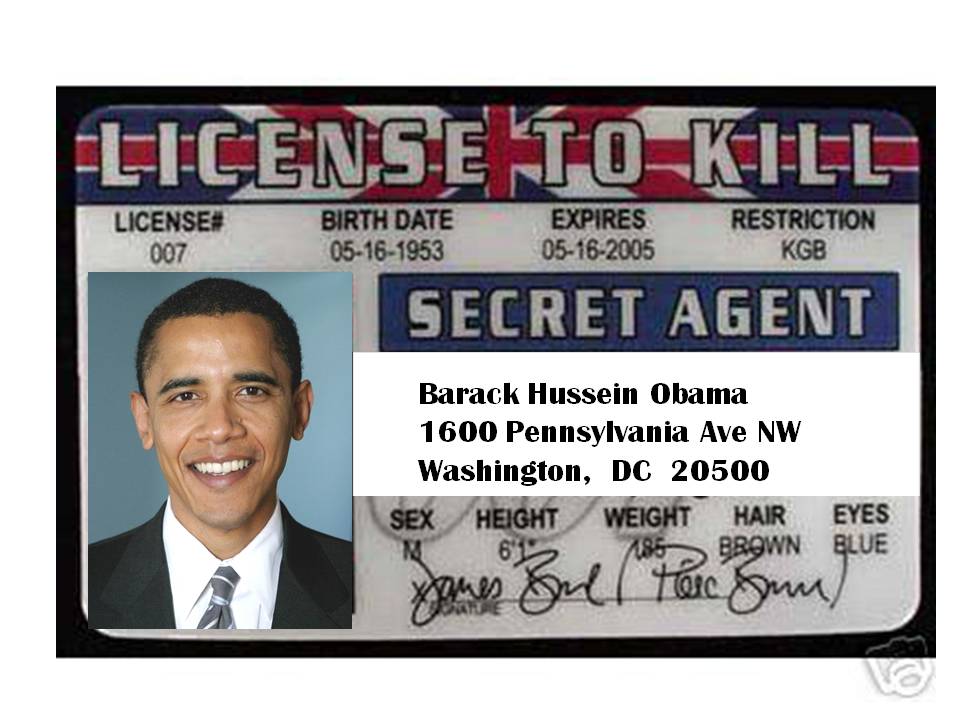 Obama criticized Bush for detaining terrorist in Guantanamo Bay, although the detention of people is clearly [less warranted] compared to targeted killing people. Donald Rumsfield the former Secretary of Defense said: “Guantanamo Bay is one of the best prisons on earth, and people are not killed there and not tortured. They are detained and kept off the battlefield because we don’t want them going out and killing more innocent men, women, and children.”

Obama’s targeted assassination of US Born Citizen Anwar al-Awlaki of San Diego questioned the presidents right to kill citizens without trial by jury as afforded to citizens as a constitutional right.

Where does the power of the president begin and end? What if to say tomorrow we read Obama had a drone take out Mitt Romney’s house, the president claimed he had links to terrorist. Because their is not trial, no jury or any type of process we will never know all the facts, nor would Romney ever have the right to defend himself in the court of law.

Obama also assassinated a second American citizen, Samir Khan, whom was killed in the drone attack as well last year, two Americans killed without a trial, no jury, no courtroom, simply a quick assassination!

WE PETITION THE OBAMA ADMINISTRATION TO:
Create a Do Not Kill List
Please sign the petition << HERE >>

In Case You Missed It:  REPORT: COVID Scarf Lady Dr. Birx Talked Behind President Trump’s Back with VP Pence’s Chief of Staff Marc Short
Posted in Tyranny and tagged Crime, Obama, US Citizen.

In its latest joint report with the Organization for Economic Cooperation and Development and the United Nations Conference on Trade...