The UN’s cultural agency, UNESCO, said on Monday it will, for the first time, consider a Palestinian Authority site for its World Heritage List. 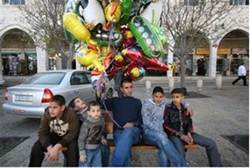 In a statement quoted by AFP, UNESCO said that its World Heritage Committee will consider Bethlehem’s Church of the Nativity for inclusion on the list during its next meeting, from June 24 to July 6, in Saint Petersburg.

It added that the full site to be listed would be the “Birthplace of Jesus: Church of the Nativity and the Pilgrimage Route, Bethlehem.”

In a controversial decision, UNESCO accepted the PA as a member last October, after 107 members voted in favor of the motion. Only 14 nations voted against the PA, including the United States, Canada, Germany and Israel.

The move prompted the United States to cut off funding to the organization, due to a longstanding law that prohibits U.S. support for any United Nations-affiliated body that accepts Palestinian Authority membership.

Canada subsequently also cut off some of its funding to UNESCO. The organization was later forced to temporarily suspend new programs due to the large hole in its budget which was created by the loss of U.S. funds.

The agency recently claimed that Rachel’s Tomb and the Tomb of the Patriarchs [Me’arat Hamachpela, the Patriarch’s Cave] are not exclusively Jewish sites and also belong to Christians and Muslims.

Bokova did not explain the supposed Christian and Muslim connection with Rachel’s Tomb. Palestinian Authority Muslim clerics have suddenly claimed in the past two years that Rachel’s Tomb actually was a Muslim site thousands of years ago, even though Islam was only founded 1,500 years ago.

Not many cases involving the financing of municipal sewer construction projects are likely to raise issues that might interest the...