Police detained handcuffed and searched automobiles of forty innocent bystanders after a bank robbery in Aurora, Colorado, on June 4. Nearly two dozen cars were stopped near a Wells Fargo Bank and the occupants held without probable cause as police searched for a suspect. 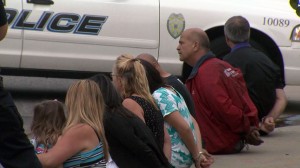 Police Chief Daniel Oates demonstrated his ignorance of the Fourth Amendment when he told CBS in Denver “the ends justify the means” after the illegal round-up snared a suspect. He described the mass detainment and handcuffing as lawful and necessary.

“The law is clear that investigative detentions are lawful for a reasonable period of time,” Oates claimed.

Oates then apologized to the innocent bystanders who were terrorized for hours on end.

Probable cause under the Fourth Amendment is in effect when a person is detained or arrested and is not free to leave. Police can only detain a person when facts are sufficient to warrant an arrest or seizure of an individual.

In Gerstein v. Pugh, the court found that judicial determination of probable cause is required following an arrest. Evidence of crime and that an individual was involved in a crime is required.

A person arrested without probable cause may sue the government and the police.

None of the illegally detained in the Colorado case complained, according to Oates, although people with a better understanding of the Constitution and the Fourth Amendment called the police and objected to the gross violation of liberty.

The incident reveals that many police do not have a rudimentary understanding of the Constitution they are sworn to uphold. Another example of the tyranny of the government and police leading to the slow erosion of individual rights of American Citizens.

Russia, which is helping Iran develop nuclear power, has more nuclear warheads than any country in the world, according to...