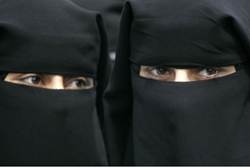 According to AFP Fouad Belkacem, a 30-year-old Belgian man of Moroccan origin, was picked up at at his family home in the northern city of Antwerp early Thursday morning, and was placed in custody in a city jail.

Antwerp prosecutors’ spokesman Paul Van Tigchelt told AFP that Belkacem was charged with “incitement to hatred and violence against a group of people because of their beliefs,” a charge that could carry a sentence of between one month and one year behind bars.

Belkacem is being pursued after posting an 11-minute video on YouTube, the day after the controversial detention of a woman wearing a niqab, the Muslim veil which is banned under Belgian law.

Police had said the woman assaulted officers, but Belkacem, a spokesman for a group called Sharia4Belgium, said at the time that “the devil’s servants who held our sister want to wage war on Muslims, but they won’t win in Belgium.”

Belkacem was sentenced in May to two years in prison, AFP reported, for incitement to racial hatred, but pending an appeal had yet to do time. He will go before a magistrate next week.

When Will the President Reveal a Secret Deal with the Russians?

Congressman Mike Turner (R–OH) recently released a video asking what secret deal with the Russian Federation President Obama had in...