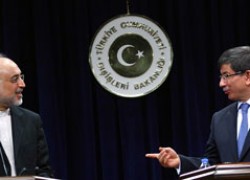 Without a government for over two decades, Somalia is the model of a failed state. It is torn apart by civil war and plagued by terrorism, among numerous maladies, and there are few countries willing send government personnel to Somalia. Yet, last November, Turkey reopened its embassy there and is eager to expand its influence in the battle-scarred country. According to C. Karin Torun, Turkey’s ambassador to Somalia, “Our aim is to show [how] a different model can work in getting help to the people.”

Unlike the United States and many other countries and international organizations, Turkey is willing to send its citizens into harm’s way to provide relief and development to Somalia. According to Turkish Prime Minister Recep Tayyip Erdogan, security and development can be achieved simultaneously. At last week’s Istanbul II Conference on Somalia, Erdo?an impressed upon participants that “without living there [Somalia] you cannot devise the correct policies and you cannot help.”

Last August, 500 Turkish relief workers were sent to Mogadishu to tend to famine victims. Scholarships have been distributed to students for the opportunity to receive an education in Turkey. Charity organizations such as Doctors Worldwide Turkey have raised hospitals and trained medical personnel, and throughout the capital city of Mogadishu, Turkish flags and billboards mark construction sites. Turkish Airlines also operates a twice-weekly flight from Mogadishu—the first commercial airline to do so in 20 years.

The United States, like many other countries, closed its embassy and limited its diplomatic contact with Somalia following the collapse of the Siyad Barre regime in 1991. Since then, U.S. diplomatic responsibilities related to Somalia are conducted at the U.S. Embassy in Nairobi, Kenya. Furthermore, the security situation has been so threatening that the State Department has declared Somalia a “no-go” zone for civilian personnel.

Yet Turkey has shown the United States and the rest of the international community that it is willing to go where few are willing to tread. Under constant threat by the Somali terrorist organization al-Shabaab, which perceives the government in Ankara as a puppet of the West, Turks working in Somalia have coped with the security situation. According to one Turkish engineer, “Of course it’s dangerous but we don’t think about those things…If we are afraid, we can’t operate.”

Turkey’s risk threshold is high. A car bomb has already exploded steps from its embassy, and contractors and diplomatic personnel are under constant protection of armed guards. Yet Turkey envisions its engagement in Somalia as an opportunity to build good will and show other international players that it can compete with the best in international development.

The Conflict As Seen by German Media