Iranian state-run media has published a commentary that stated, “The Islamic world should rise up and shout that a nuclear bomb is our right.” 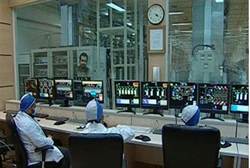 The regime under Iranian President Mahmoud Ahmadinejad has constantly stated that its nuclear program is for peaceful purposes.

The commentary was published by Fars News Agency, which is run by the Revolutionary Guards tightly and usually publishes official opinion. It indicates that Iran is changing gears, said Erick Staklebeck, who writes for the Christian Broadcasting Network.

Staklebeck noted that the Islamic world already has nuclear weapons because Pakistan is known to have approximately 110 such weapons.

“If Pakistan uses one of its nukes, it will be to the East, against its arch-rival, India. Iran, on the other hand, clearly has its sights set on the United States, Europe and Israel,” he wrote.

The commentary, which he said he received from a friend, was written by Alireza Forghani, a former governor of southern Iran’s Kish Province and an analyst and a strategy specialist “in the camp of the supreme leader, Ayatollah Ali Khamenei.”

Iran could possibly rationalize its “peaceful objectives” for nuclear power by arguing that a nuclear bomb would create peace if it were to be used on Israel to achieve Ahmadinejad’s stated objective of annihilating Zionism. Forghani wrote in February that Iran should stage a “pre-emptive” strike on Israel.

Forghani wrote on Sunday, “The fatwa from Imam Khomeini [the founder of Iran’s Islamic revolution — ed.] said ‘all Islamic countries have Islamic blood.’ Therefore the Islamic world should rise up and shout that a nuclear bomb is our right, and disrupt the dreams of America and Israel.”

“Having a nuclear bomb is our right. Israel would have been destroyed completely 30 years ago” but remains because of its assumed possession of nuclear warheads.

“The Islamic republic, after the victory of the 1979 revolution, faced a hard reality of its enemies trying to overthrow the only true Islamic republic in the world,” he wrote. “The enemies of the Islamic Republic of Iran, headed by America with cooperation by its European allies and some in Asia — [and] using the tools such as the United Nations, other international organizations and NATO — have continuously pursued their goal of overthrowing the … government.”

Staklebeck commented that the article indicates that Iranian leaders are “telegraphing their intentions towards us and are very close to acquiring nuclear weapons that will make their apocalyptic visions a reality.”

U.S.-India Strategic Dialogue Talks an Opportunity to get Partnership Back on Track

U.S. and Indian leaders hold their third round of Strategic Dialogue talks in Washington, D.C. this week amidst growing concern...