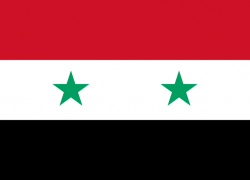 My article today, “Stay out of the Syrian Morass,” has evinced a number of comments. Some responses:

Assad’s survival will mean not just more Syrian slaughter but will be a huge victory for his Iranian allies that will strengthen their position enormously. One way or another, the West needs to prevent that from happening. The reasons for not doing something about Syria are like those for not doing something about the Iranian nuclear threat. The consequences of intervention will be messy and possibly awful. Yet the alternative is far worse.

My reply: Yes, Assad’s survival will be a boost to the mullahs in Tehran, but (1) it’s unlikely to happen and (2) the prospect of a new, aggressive Islamist regime ruling from Damascus does not inspire me to want to help it reach power. Both it and Assad are, to use Tobin’s word, “awful.”

That being the case, unless Western powers are prepared to impose their own will in Syria, it’s better to stand aside and not be responsible what comes next, better not to be in any way morally implicated in any of their actions. Also, and this is not a minor point: when both sides have murderous intentions toward us, why put American lives at risk?

Two further points on this general topic of humanitarian intervention: Along with Max Boot and Michael O’Hanlon, I agree that the U.S. government should create a foreign legion; for me, its main benefit lies in permitting Washington to deploy forces for humanitarian purposes without fear of a backlash due to casualties. That said, this legion should be deployed to the very worst humanitarian crises – which might not include Syria at all but rather such failed states as Somalia, Chad, the Sudan, and the Democratic Republic of Congo. (How many readers are aware that over 5 million were estimated killed during the decade 1998-2007 in the Democratic Republic of Congo due to a civil war in that country?)

Thousands of Iraqi Shi’ites chanted “No to America, No to Saddam, Yes to Islam” a few days ago, during pilgrimage rites at the holy city of Karbala. Increasing numbers of Iraqis appear to agree with these sentiments. They have ominous implications for the coalition forces. Gratitude for liberation usually has a short shelf life, and Iraq will be no exception. As a middle-aged factory manager put it, “Thank you, Americans. But now we don’t need anybody to stay here anymore.”

Likewise, gratitude in Syria will be brief and superficial.

(CNSNews.com) – Riots in Tunisia on Monday and Tuesday were attributed to “un-Islamic” art exhibits, but also came just a...