The world could slip back into a Cold War over Syria and the sprawling Arab country could break up into two or three warring parts, with unforeseeable consequences for the Middle East, a senior Israeli military commander 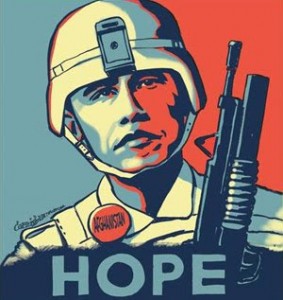 Russian Foreign Minister Sergei Lavrov on Wednesday accused the United States of supplying weapons to Syria’s rebels, “The United States is providing arms to the Syrian opposition which are being used against the Syrian government,” he said. It was the first time Moscow has directly pointed the finger at Washington. Previously, it had said unidentified “foreign powers” were arming Syria’s opposition.

Russia’s deputy Foreign Minister Gennady Gatilov told reporters last month that Moscow believed “it would be wrong to leave the Syrian government without the means for self-defence.” How would the Whitehouse respond if American rebels tried to overthrow it, a Russian national asked.

The Obama administration expressed concern about reports that Russia plans to send attack helicopters to aid the regime of Syrian President Bashar Assad as it battles rebel forces armed by the USA.

Moscow did not take on NATO when its former Yugoslav ally Serbia was bombed by the Western alliance in 1999 over the civil war in Kosovo, Clinton handed Kosovo to the Muslims and forced the separation of Serbia.

This situation in Syria is just a warm-up before a real confrontation, which will draw Russia and China into action, believes Lawrence Freeman from the Executive Intelligence Review magazine.

Lawrence Freeman says that the International Criminal Court is being used as an instrument to carry out regime change with a smoke screen of human rights protection, the end result is the radicalization of the Middle East, fundamentalist Islamist now gaining to control Iraq, Egypt, Libya and possible Syria next.

It is a risky game, Freeman says, but he thinks that Russians are aware of the danger of what could happen if they do not do anything to stop further radicalization of these countries.

“This could result – and I think the Russians and the Chinese are aware of this – this could result in World War III,” he said. “So this is extremely dangerous, and measures have to be taken now to stop these policies by President Obama to radicalize the middle east”

Political analyst Marcus Papadopoulos agrees that Russia will not allow the situation in Syria to end up as it did in Libya.

USA backed rebels in Afghanistan against the Soviets, As part of a Cold War strategy in 1979 the United States government under President Jimmy Carter began to covertly fund forces against the pro-Soviet government. The Mujahideen belonged to various different factions but all shared to varying degrees a similarly conservative ‘Islamic’ ideology. The end result was Taliban’s eventual seven-year rule much of the population experienced restrictions on their freedom and violations of their human rights. Women were banned from jobs and girls forbidden to attend schools or universities. Communists were systematically eradicated and thieves were punished by amputating one of their hands or feet. Back to the Islamic Stone Age part three!

A check of 30 magazines taken from the dead Afghan insurgents’ rifles during the current war against Al Qaeda in 2010 found that at least 17 of these insurgents held ammunition that bore the distinctive factory stamps of U.S. suppliers in California and the Czech Republic. Showing the American support for Afghan insurgents against the Soviet Union only to be used against Americans a few decades later, American being killed by American made weapons.

In July 2008, Taliban fighters attacked a U.S. outpost in the Afghan village of Wanat, killing nine American troops and wounding 27. Military investigators later discovered a cache of more than 70 assault rifles that were U.S.-supplied against the Soviet era Afghan war.

The threat of Islamofascism in the Middle East is on the rise. According to the Qur’an, Islam has always had world domination as it’s ultimate goal, should the USA or Russia be helping either of them? Russia and the USA need to look at history and see the Islam is not our friend. Hopefully in the future they can see the risk and be allies together against Fundamentalist Islam.

Egypt Drifts Away from Democracy

Egypt has been plunged into confusion by the judicial coup mounted against the recently elected parliament, which was dissolved by...