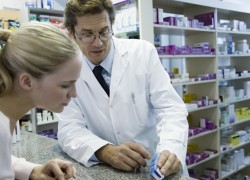 In anticipation of the Supreme Court’s Obamacare decision, it is important to remember that the constitutionality of the law’s individual mandate isn’t the only concern. For example, Obamacare will negatively impact many younger Americans. Here’s a list of five ways young adults will be hurt by the law:

Obamacare’s negative impact on young Americans is just one of many reasons the law should be repealed.

Many around the world have been quick to tout the Arab Spring, with its deposition of tyrants and the occurrence...