U.S. officials are backing off claims Russia has sent new shipments of attack helicopters to aid the Syrian regime’s 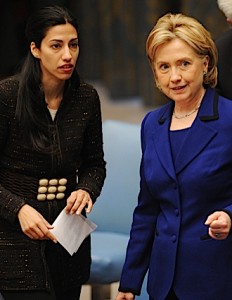 crackdown on opposition rebels. On Tuesday, Secretary of State Hillary Clinton accused Russia of supplying the aircraft in what amounted to the harshest U.S. criticism of Russia’s Syria ties to date. But on Wednesday, the Obama administration acknowledged the helicopters had likely been sent back from Syria to Russia for routine repairs months ago and were now just being returned.

A senior Pentagon official told the New York Times that Clinton “put a little spin on it to put the Russians in a difficult position.” In response to Clinton’s initial comments, Russian Foreign Minister Sergey Lavrov accused the U.S. of hypocrisy, saying: “We are not providing Syria or any other place with things which can be used in struggle with peaceful demonstrators, unlike the United States, which regularly supplies such equipment to this region.” Despite the partial retraction, Clinton continued with her criticism of Russia on Wednesday.

Hillary Clinton: “Russia says it wants peace and stability restored. It says it has no particular love lost for (Syrian President Bashar al-) Assad. And it also claims to have vital interests in the region and relationships that it wants to continue to keep. They put all of that at risk if they do not move more constructively right now. And I would emphasize that the United States has provided no military support to the Syrian opposition. None.”

In Case You Missed It:  Obama reveals himself as an appalling legal ignoramus
Posted in Tyranny and tagged Clinton, Russia, Syria.

20 Forgotten Facts About Israel and Palestine