Asians have surpassed Hispanics as the largest group of new immigrants to the United States, according to a new study from the Pew Research Center. 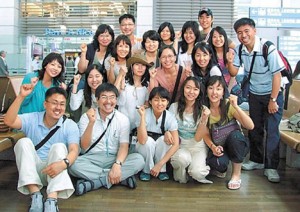 The study, called “The Rise of Asian Americans” and released on Tuesday, reveals that Asian-Americans also have the highest income, are the best educated and are the fastest-growing racial group in America.

The influx of Asians reflects “a slowdown in illegal immigration while American employers increase their demand for high-skilled workers,” the Associated Press said.

“The educational credentials of these recent [Asian] arrivals are striking,” the report said. Sixty-one percent of 25-to-64-year-old Asian immigrants come with at least a bachelor’s degree—more than double non-Asian immigrants, making the recent Asian arrivals “the most highly educated cohort of immigrants in U.S. history.”

The study also found that Asian-Americans are “more satisfied than the general public with their lives, finances and the direction of the country, and they place a greater value on marriage, parenthood, hard work and career success.”

Last month, data released by the U.S. Census Bureau showed that there were more minority children born in the United States than whites for the first time in history—signaling what the Washington Post called “the dawn of an era in which whites no longer will be in the majority.”

“Collective bargaining rights are under attack—again,” warns the SEIU. The union claims employees face a “federal attack on your rights...