“When I was a kid, I wondered why they told us that Adolph Hitler was a good guy and that he did good by the Holocaust,” reminisced Ahmed Meligy, a self described Egyptian peace activist. “This sounded like pure racism and ignorance, but I couldn’t speak my mind or say that out loud,” he continued. Meligy has been making waves since publishing a series of editorial in the Jerusalem Post and other media outlets about his opposition to a more radicalized, less democratic Egyptian government. 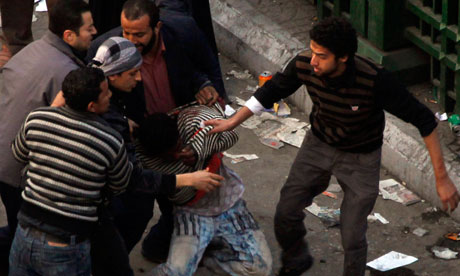 “I cannot blame them,” said Melingy, referring to anti-Jewish sentiment in Egyptian society. “Ten years ago while I was in school, we didn’t have internet, or cable TV. We just had government TV and this was the only source of information we had,” Melingy stated.

President Hosni Mubarak ruled Egypt from 1981 until 2011 when he was ousted. The June elections in Egypt have caused Meligy and others concern that the new government will not allow any more freedoms then the old one.

“Our government was telling us whatever they wanted,” continued Melingy. “We saw everything from their view. They were saying Israel is this very big monster. They were magnifying it.”

Meligy said he has been seeking to communicate with non-Egyptians, specifically Israelis. He found Arutz Sheva – Israel National Radio show host Tamar Yonah through Facebook. “I was very curious about the Jewish people and wanted to know everything,” he said.

Meligy said he does not blame the Egyptian people for being anti-Jewish because “they were fed propaganda and hatred toward the Jewish world.”

Meligy expressed initial shock when he first communicated with real Israelis. “One of the things they were telling us was that the Israelis have nothing to do with the Middle East and Israelis are nothing but Europeans and Americans,” he enthused. “I used to believe that, until I started to have Israeli friends who listened to the same music I listen to, who play the same video games I play, who love soccer. We have so much in common. They are some times that my Israeli friends are more Arab then a lot of Arabs I know. So this is why I started my activism. I have to give to show the truth to my people and show the truth to your people that we are not terrorists,” said Meligy.

Arutz Sheva – Israel National Radio began in 1988 and been on the internet since 1995, making it one of the first ever radio stations to stream live on-line. To help support it, visit the new donation page by clicking here.

Asians have surpassed Hispanics as the largest group of new immigrants to the United States, according to a new study...