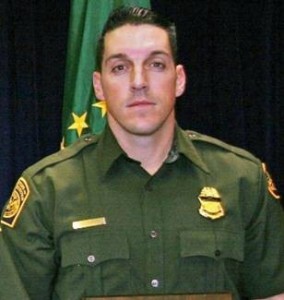 Brian Terry, a US Citizen Killed due to Obamas Fast and Furious Program

Mexico with American weapons. Assault rifles and deadly weapons were purchased from gun stores in Arizona and walked across the border to Mexico on purpose. This resulted in the death of scores of people, including U.S Citizen named Brian Terry, a border agent for our government.

President Obama and Attorney General Eric Holder are acting like a couple of cornered rats by not clarifying the issues and releasing documents requested by Congress. Holder and Obama made no effort to track the weapons, the Mexican Government wasn’t involved in the program. Even after hundreds of Mexican citizens were killed Holder still refused to shut the program down.

Obama in 2007 told CNN that Executive Priviledge was not a good reason to with hold information from Congress. This month in a hypocritical stance, Obama used executive privilege to shield documents from the GOP-led investigation into the botched Fast and Furious operation in Mexico.

In Case You Missed It:  If Trump Doesn't Win "We Are Officially At The End Of The Country As We Know It"
Posted in Tyranny and tagged Crime, Eric Holder, Mexico, Obama.

The farm bill, which passed in the Senate yesterday, has little to do with farming and a lot to do...