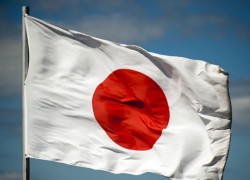 A major political struggle in Japan is coming to a head this week, one that could empower the current government or ultimately bring it down.

The battle is ostensibly about economic policy but is mostly about politics, as the policy in question is largely symbolic. When the government’s survival may hinge on what should be a minor decision, the conclusion is that Japanese economic policy is likely to remain abysmal.

For months,Japanhas been wrestling with whether to double the consumption tax to 10 percent. The purported goal is to close the large fiscal deficit and stop adding to the truly gigantic amount of public debt. In fact, doubling the consumption tax by itself would have little impact.

The anticipated revenue from the higher tax is a total of 11 trillion to 14 trillion yen over three years.

Annual deficits are at or near 45 trillion yen. Japan’s fiscal problems have long since passed the point where raising the consumption tax will do more than mildly slow debt accumulation.

On the other side, those worried that a 10 percent consumption tax will wreck the economy point to history—but incorrectly. The one feeble attempt at fiscal discipline in 1997 did not address the real problem of capital transfer from the private to the public sector—debt accumulation did not slow at all—and cannot reasonably be accused of turning seven years of stagnation into 21.

If there is any meaning to raising the consumption tax, it would be as a first step to something far more important and valuable, such as true social security reform. This would have to be coupled with other painful measures such as all but eliminating, over time, transfers to local governments and corporate subsidies. This is the magnitude of the actions needed to reduce Japan’s crippling debt-to-GDP ratio.

And yet the government may fall this year over just the consumption tax. If it does, that will simply add another chapter to the great book of countries that do not want to face their problems.

by Daniel Pipes July 1, 2012 His honors are manifold – Ford Professor of Political Science Emeritus at the University...