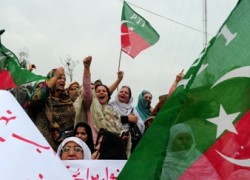 With the arrest of terrorist handler Sayeed Zabiuddin Ansari (alias Abu Hamza) at the New Delhi air port on June 21, India has made a tremendous breakthrough in the investigations of the November 2008 Mumbai terrorist attacks that killed 166, including six American citizens. Indian investigators had been tracking Ansari, who was in Saudi Arabia for two years on a Pakistani passport, and eventually requested the Saudis to deport him. The U.S. likely assisted India in tracking Ansari and may have even weighed in to pressure the Saudis to deport him to India. Ansari is an Indian national from the state of Maharashtra who allegedly helped train and direct the Mumbai attackers in real time, via cell phone from Pakistan.

Ansari’s alleged confession that Pakistani intelligence officials were present in the control room from which he directed the attackers is explosive. If true, these accusations will undermine an already shaky U.S.–Pakistan relationship and further tarnish Pakistan’s global image, as the gruesome attacks were televised across the world over a three-day period that happened to coincide with the American Thanksgiving holiday.

Pakistan has dragged its feet on investigating and prosecuting individuals allegedly involved in the 2008 attacks. Moreover, the founder of the Lashkar-e-Tayyiba (LeT), Hafez Mohammed Sayeed, roams the country freely, giving speeches and even flirting with the idea of becoming involved in Pakistani politics. The spectacle of a terrorist leader taking on a national political voice in Pakistan has amplified the impression that Pakistan’s leaders are either unable or unwilling to control terrorism within their borders.

Pakistan must take action against any individuals involved in the Mumbai attacks, even if it means punishing serving intelligence officials. Doing otherwise would only hasten the country’s international isolation and slide toward pariah state status.

The Egyptian presidency on Monday denied that president-elect Mohammed Morsi gave an interview to Iran's Fars news agency in which...