This extremely disturbing video shows what happened when a group of Christians tried merely to hold up signs about Christianity at the 2012 Dearborn, Michigan Arab Festival. The Christians were viciously attacked, verbally and physically, and ultimately stoned (see 9:30 minutes into the video).

Despite the U.S. Constitution that guarantees freedom of religion, the police, who studiously ignored the mob violence, asked the sign-holders to leave saying they were “endangering the public.” No police action was taken against the mob.

Despite losing two similar Freedom of Speech lawsuits in the past (one of which cost the City of Dearborn $100,000), the city refused to protect the sign-holders’ constitutional rights, claiming lack of manpower. According to the police chief, two police officiers would have been needed to protect the Christians. The chief said this would be impossible, since there was a big crowd to watch. Ironically, there was no violence or threat of violence (hence no need for police presence or protection) at any other location at the festival except where the Christians were holding their signs.

At the end of the video, you will see the police threaten to arrest the Christians (who, incidentally, never retaliated at the mob). After the Christians leave with a police convoy as an escort, their car is stopped and 12 officers appear to question and possibly arrest them. 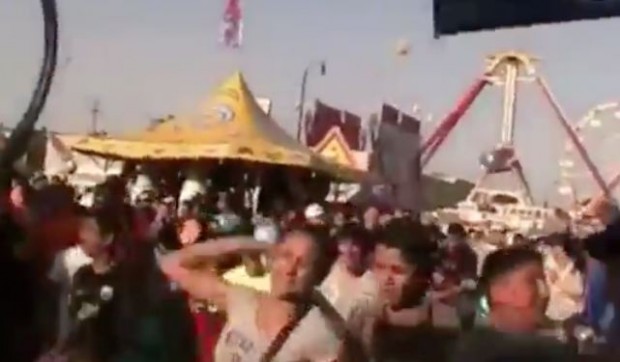 Morsi During Campaign: Jihad Is Our Path (VIDEO)

During his election campaign, Egyptian president-elect Mohammed Morsi reiterated his commitment to jihad and to the Islamic sharia law. Morsi...