In a surprise and very concerning statement this weekend, Egypt’s radical Islamist and newly president-elect has vowed to win the release of an Egyptian al-Qaeda terrorist jailed by the U.S. for planning the first attack on New York’s World Trade Center. 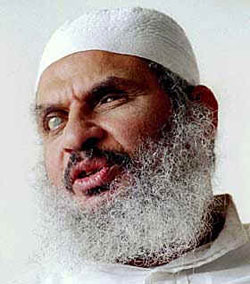 Omar Abdel-Rahman, “the blind sheikh,” is serving a life sentence in a federal prison for his role in the 1993 terrorist bombing that killed six people in lower Manhattan. The attack on the World Trade Center launched by al Qaeda eight years later on Sept. 11, 2001, killed nearly 3,000 people.

“”I see banners for Omar Abdel Rahman’s family, and for prisoners arrested according to martial rulings and detainees from the beginning of the revolution,” said Egyptian president-elect Mohammed Morsi to a buoyant crowd of Islamist supporters in Cairo’s Tahrir Square on Friday. “It is my duty to make every effort, and I will beginning tomorrow, to secure their release, among them Omar Abdel Rahman.”

Exposing the president-elect Muslims Brotherhood member for what he is, a supporter of terrorism. This is not a good day for the world as another Islamist soon to be in control of a once peaceful country. The question is will Obama give into his demands?

Syria’s long-suffering people need U.S. leadership, and they need it now. The situation is dire as activists say more than...