Most of the world is ignoring the real catastrophe of the past recent era: the brutal expulsion of some 867,000 Jews 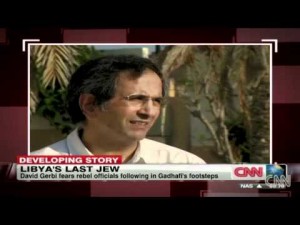 from Arab countries, and the seizure, by the Arab governments, of over $13-billion worth of Jewish property and assets.

Algeria
During the war for Algerian independence from France in the 1950s and early 1960s, Algerian nationalists carried out violent attacks on Algerian Jews. After the French left, the Algerian authorities issued a variety of anti- Jewish decrees, including the imposition of heavy taxes on the Jewish community. Nearly all of Algeria’s 160,000 Jews fled the country. All but one of Algeria’s synagogues were seized and turned into mosques.

Egypt
The ancient Jewish community of Egypt numbered over 90,000 by the 1940s. Riots by Egyptian nationalists in 1945 claimed many Jewish lives, and synagogues and Jewish buildings were burned down. A new wave of discrimination and violence was unleashed in 1948. Over 250 Jews were killed or injured, Jewish shops were looted, and Jewish assets were frozen. Some 35,000 Jews left Egypt by 1950. Gamal Abdel Nasser, who seized power in 1954, arrested thousands of Jews and confiscated their property. Emigration reduced Egyptian Jewry to just 8,000 by 1957.

Iraq
The Jews of Iraq, with roots dating back to ancient Babylonia, numbered about 190,000 in 1947. When Israel was established, Jewish emigration was forbidden, and hundreds of Jews were jailed. Those convicted of “Zionism” –a criminal offense– were sentenced to internal exile or fines of up to $40,000 each. Tens of thousands of Jews slipped out of the country. Then, in 1950, the government legalized emigration and pressured the Jews to leave; by 1952, only 6,000 remained. Jewish emigrants were permitted to take with them only $140 per adult; all of their remaining assets and property were confiscated by the Iraqi government.

Morocco
In 1948, there were about 350,000 Jews living in Morocco, a community with ancient roots going back to the time of the destruction of the First Temple (586 BCE). In June 1948, pogromists massacred 39 Jews in the town of Djerada and 4 more in Oujda. Over 50,000 Jews fled Morocco in terror. During the 1950s, there was violence against Jews in Oujda, Rabat, and Casablanca. Most of Moroccan Jewry emigrated during the years to follow.

Syria
There were 17,000 Jews in Syria in 1948, a community dating back to biblical times. Anti-Jewish pogroms erupted in the Syrian town of Aleppo in 1947. All of the local synagogues were destroyed, and 7,000 of the town’s 10,000 Jews fled in terror. The government then enacted legislation to freeze Jewish bank accounts and confiscate Jewish property. By the 1950s, just 5,000 Jews remained in Syria, subjected to harsh decrees; they were banned from emigrating, selling their property, or working in government offices, and were compelled to carry special cards identifying them as Jews.