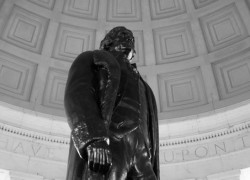 Every Fourth of July, Americans celebrate with fireworks and barbeques and John Philip Sousa. Then we return to our regularly scheduled lives.

But this Independence Day is different. Last week, the Supreme Court upheld Obamacare, an unprecedented expansion of government’s power into one-sixth of the economy and a tremendous loss to individual liberty. Now more than ever, we need to embrace our nation’s First Principles and remember what it takes to be self-governing citizens.

Typically, that brings to mind the basics of political participation: voting, signing petitions, serving on a jury, and complaining to your congressman. These activities are important, but they aren’t the whole story. The Founders understood self-government in a twofold sense: political self-government—by which we govern ourselves as a political community—and moral self-government, according to which each individual is responsible for governing himself.

The Founders relied on four virtues to sustain individual self-government.

But this understanding of self-governing citizens has been supplanted by a new version of the modern ideal citizen. Recently, Americans met Julia, the faceless cartoon woman starring in an online ad for the Obama campaign. She’s the modern American girl whose success in life can be chalked up to the helping hand of government.

She gets a federally subsidized education, college loans, free birth control, free prenatal care (when she “decides to have a child”—no father is mentioned), a small business loan, and retirement security because of the ever-present and ever-President Obama. Her success apparently has nothing to do with her own initiative, talent, or hard work. It’s attributed to government programs, there to bless and subsidize every activity of life. The idea of self-government, which is at heart of the Declaration of Independence, has been replaced.

We’re being told, essentially, that we’re incapable of governing ourselves. Instead, we need bureaucrats to determine what our children learn in Head Start and primary school. Other faceless desk jockeys will approve our college loans. With the Supreme Court upholding Obamacare, even more bureaucrats will be necessary to select our health care plans.

Experts aren’t just “helping” with life-changing issues such as education and health care. There’s also a slate of bureaucrats to cover the mundane activities of life: picking light bulbs, deciding credit card terms, and figuring out how much cola it’s safe to consume.

This isn’t what our forefathers fought for.

To name one: Levi Preston was in his early 20s when he fought in the Battle of Concord, the beginning of the American Revolution. Years later, he was asked why he fought.

Preston responded that it wasn’t the tax on tea. “I never drank a drop of the stuff; the boys threw it all overboard.” It wasn’t the burdensome Stamp Act. “I never saw any stamps.” Nor was it John Locke’s inspiring book. “We read only the Bible, the catechism, Watt’s Psalms and Hymns, and the Almanack.”

Well, what was it? “What we meant in going for those redcoats was this: we always had governed ourselves, and we always meant to. They didn’t mean we should.”

On this Fourth of July, let’s remember our principles and celebrate our self-government. Then, the rest of the year, let’s do our best to live them out.

As Washington closed down for Independence Day, Secretary of State Hillary Clinton publicly apologized to Pakistan for the deaths of...