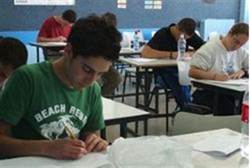 Tom Luna, Idaho’s Superintendent of Public Instruction, has implemented some transformational reforms in the state—to far less fanfare than those implemented in Wisconsin under Governor Scott Walker (R) over the same time period. But they may prove to be just as instrumental in improving student outcomes.

Through Idaho’s Students Come First initiative, schools, notes Luna, “will no longer be the least technological part of a student’s day.” Through their expanded online learning initiative, students will have access to courses regardless of geographic location. Students from anywhere in the state now have access to courses online, and the state is implementing more and more blending learning options in the classroom.

Online learning is just the beginning. Teacher evaluations will be based in part on student achievement, and parents will have input on teacher and principal evaluations. Idaho also eliminated tenure and seniority-based layoffs and implemented pay-for-performance and bonuses (of up to $8,000 annually) for teachers who take on additional duties, work in high-demand positions, or work in a school that has demonstrated academic achievement gains.

The state increased transparency to taxpayers by putting school district budgets online, holding collective bargaining meetings in the open, and publishing a fiscal report card for each school district. And importantly, Idaho limited collective bargaining to salaries and benefits. Prior to the reforms, Idaho teachers could collectively bargain over policies ranging from bell schedules and recess duties to disciplinary policies in a given school.

The reforms are beginning to pay off. Since 2007, the percentage of schools making Adequate Yearly Progress has increased from 26 percent to 62 percent. Luna reports that 91 out of every 100 students graduate high school and that the Gem State outperforms all but eight other states in math achievement.

Luna’s reforms haven’t been without opposition. As a result of implementing the most comprehensive reforms Idaho has seen in a decade, the superintendent had his tires slashed and his truck vandalized, and he even dealt with an opponent demonstrating at his mother’s home. But Luna remains focused on the students, emphasizing the needs of students rather than the demands of special interest groups for adults: “We’ve completely reformed the way that we managed our labor force and our schools at the local level.”

States across the country are acting as the laboratories of reform they were designed to be. They are innovating, empowering parents with choice, creating more online learning options for students, and curbing union power. And states like Idaho, Florida, Louisiana, and Arizona are leading the way.

No “Internet Doomsday,” but the U.S. Needs Better Cyber Awareness

This week’s “Internet doomsday” experience should serve as a notice to each individual on the Web: Cyber criminals are out...