While three cities in California have filed for bankruptcy in the past few weeks, more filings are expected, according to CNNMoney. 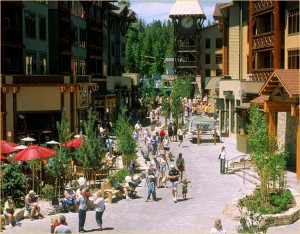 Mammoth Lakes, an Exclusive Ski and Tourist city in the California Sierra’s Files for Bankruptcy

San Bernadino became the latest city in the state to file for bankruptcy protection, following Stockton and Mammoth Lakes.

Many cities around the country, not just in the State of California, are struggling to cover their expenses, as their economies try to recover from the massive housing downturn and recession, which have led to lower tax revenue for cities along with reckless spending and criminal corruption in the case of San Bernardino.

While municipal bankruptcy filings have been rare until recently, the lower tax revenue streams will lead to more filings.

“This is not the end. This is the beginning,” Peter Navarro, business professor at University of California, Irvine, told CNNMoney. “As cities see it can be done and is being done, it will give them the idea to do it.”

The three filings are the first bankruptcies in the state since Vallejo filed in 2008.

Before the San Bernardino City Council voted to file for Chapter 9 bankruptcy, the interim city manager issued a report that stated, “The city has reached a breaking point.” Specifically, the municipality of 211,000 residents was facing a $45 million shortfall.

Stockton, which has 292,000 residents, filed for bankruptcy in late June after several months of mediation with creditors was unsuccessful at closing a $26 million budget shortfall.

“This is what we must do to get our fiscal house in order and protect the safety and welfare of our citizens,” said Mayor Ann Johnston in a press release announcing the filing. “We will emerge from bankruptcy with a solid financial future.”

Experts say that Mammoth Lakes’ filing should not be considered with the other two filings, as it was because of an unusual circumstance. A property developer had won a $43 million judgment against the town, which has slightly more than 8,000 residents.

By filing for bankruptcy, municipalities are able to keep police and firefighters on the street while they work out finances, according to Chris McKenna, executive director of the League of California Cities.

Eric Hoffman, an analyst at Moody’s, predicts more cities in California and throughout the country will file for bankruptcy.

Still, “we don’t expect it to be widespread,” he said. Its so bad in Scranton, PA the Mayor Chris Doherty had to cut everyone’s pay, including his own last Friday, saying the state’s sixth-largest city is broke. Firefighters and Police officers are getting a check for $7.25 an hour, minimum wage across the board.

In fact, Chris Hoene, research director at the National League of Cities, predicts that of the 19,000 city governments in the United States, the number of bankruptcies will be fewer than 100.

While Navarro said an outbreak of bankruptcy filings will probably scare the market and make it more costly for cities to issue bonds, Hoene noted that for the past 30 years bondholders and creditors have been protected in many bankruptcies.

However, before its filing, Stockton officials said it will try to impose losses on lenders, not just employees, Bloomberg reported, noting that since at least the early 1980s no city has used bankruptcy to force bondholders to accept less than the full principal amount.

In Case You Missed It:  Senate Passes Stopgap Funding Bill in 69-28 Vote, Averts Government Shutdown – Here are the Republicans Who Voted with the Dems
Posted in Financial and tagged Bankruptcy, California, Depression, Economy, Obamanomics, Recession, United Socialist States of America.

Another U.N. Convention That Poses Threats to U.S. Sovereignty

Yesterday, the Senate Foreign Relations Committee held a hearing on the U.N.’s Convention on the Rights of Persons with Disabilities...