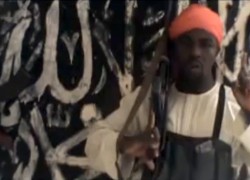 There is some confusion in Foggy Bottom as to how the United States ought to define Boko Haram, an Islamic militant group based in northern Nigeria.

Last week, Assistant Secretary of State Johnnie Carson testified in front of the House Foreign Affairs Committee, calling Boko Haram a “terrorist organization.” Yet he defended the Obama Administration’s position that Boko Haram should not be officially designated a Foreign Terrorist Organization (FTO).

Emphasizing that the Nigerian government’s failure to provide adequate services, expand the economy to the north, and reduce unemployment has led to Boko Haram’s growth, Carson overlooked the core objectives of the group. That is, Boko Haram seeks to dispense with the current government, which it views as illegitimate, and establish an Islamic state in its place.

To be fair, Carson has a point when he argues that (largely Muslim) northern Nigerians are far less well off than their Christian neighbors to the south. Nigeria’s federal government has failed to address local grievances, and it has overlooked dire development conditions. This is nothing new, but it has played well into Boko Haram’s narrative that the federal government is the cause of their plight. This message is a useful recruiting tool and builds public support for the group.

Socio-economic grievances are certainly part of the problem, but they don’t explain the full picture. The Obama Administration has repeatedly downplayed the religious underpinnings that drive Boko Haram’s ideology. Boko Haram’s targets are primarily against the government and the Christian community, though Muslims who have spoken out against Boko Haram have also been victims. Despite the group’s near-daily attacks against innocent civilians, do they amount to qualifying it as an FTO?

According to U.S. law, Section 219 of the Immigration and Nationality Act outline the following criteria for FTO designation:

The first two are no-brainers, and the third has been supported repeatedly by the U.S. Justice Department, head of U.S. Africa Command General Carter Ham, and Director of National Intelligence James Clapper. (See Heritage analysis here, here and here.)

Yet despite the group’s fitting such qualifications, State still lacks clarity in defining Boko Haram.

The Wall Street Journal reported on Friday that Syrian dictator Bashar al-Assad’s embattled regime is moving chemical munitions out of...