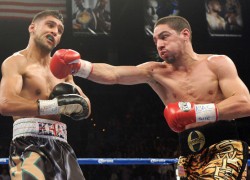 A recent poll of American voters found that their top concern is the fair and accurate ranking of professional boxers.

Not really, of course, but a new bill in the House and the Senate addresses this apparently egregious problem.

The Professional Boxing Amendments Act of 2012, introduced in the Senate on June 18 and in the House the next day, would establish a United States Boxing Commission to regulate professional boxing.

Other than requiring all professional boxing matches to be approved by the Boxing Commission and defining a “knockout,” the bill would require organizations that sanction boxing matches to provide to a boxer whose ranking was changed a thorough written explanation for such a change. The penalty is imposed under the law governing perjury.

Who says Congress is out of touch with the concerns of the American people?

Are we going to send someone to prison for five years if a court decides that his explanation isn’t thorough enough, or that he didn’t disclose all of the information used to change a boxer’s ranking, or that he used the wrong adverb?

Perhaps the Supreme Court will one day have the opportunity to bless us with its infinite wisdom regarding boxing and what factors the Boxing Commission should use in ranking boxers. (Will this be a new line of questioning in confirmation hearings? “Well, tell us Mr./Ms. Smith, how would you judge what makes a good right cross?”)

In Case You Missed It:  What’s Going On in Minneapolis After City Council Vote to Defund Police

This would not be the first time the Supreme Court has graced us with its understanding of the “essential elements” of a sport. In PGA Tour v. Casey, the Supreme Court was faced with a similar question regarding the meaning of the word golf. Justice Antonin Scalia wrote:

It has been rendered the solemn duty of the Supreme Court of the United States, laid upon it by Congress in pursuance of the Federal Government’s power “[t]o regulate Commerce with foreign Nations, and among the several States,” U. S. Const., Art. I, § 8, cl. 3, to decide What Is Golf. I am sure that the Framers of the Constitution, aware of the 1457 edict of King James II of Scotland prohibiting golf because it interfered with the practice of archery, fully expected that sooner or later the paths of golf and government, the law and the links, would once again cross, and that the judges of this august Court would some day have to wrestle with that age-old jurisprudential question, for which their years of study in the law have so well prepared them: Is someone riding around a golf course from shot to shot really a golfer? The answer, we learn, is yes. The Court ultimately concludes, and it will henceforth be the Law of the Land, that walking is not a “fundamental” aspect of golf.

We can only hope that the Supreme Court will one day give similar guidance in regard to boxing. After all, it is important enough to be regulated by the government and to send a person to prison.

Chinese government subsidies—as much as $35 billion—were responsible for the downfall of Abound Solar, not a flawed federal government loan-approval...