For many Americans, homeownership is the epitome of living the American dream. Yet, in towns with high tumbling home 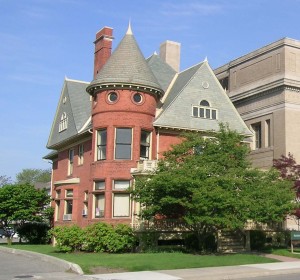 Call it the dark side of the American dream – but if you can only afford to buy just one, which would you choose? In hard-hit cities, why own a home when you can rent one without the risk of foreclosure if your job falls through? Or, for about the same money, you can sport new wheels, facing only the risk of repossession – a lesser credit report complication than a foreclosure. While a car is unlikely to increase in value, its depreciation is both more manageable and predictable than a home.

This quandary is especially meaningful to residents of Motor City, who have experienced deepening levels of housing hell in recent years. Much has been written about Detroit’s high misery index, and the challenges of thriving in a city with high unemployment, high crime rates, and city services under severe budgetary constraints. And yet, for those willing to take a long view of the city, Detroit also offers amazing bargains to residents dedicated to living in that community.

These are the cities where homes cost less than a car:

Port Richey was clearly devastated by foreclosures, job losses and builders who overestimated demand for new homes. That’s evident in its whopping 24.7% vacant housing rate, which is more than twice the national average. Housing prices in the area have fallen 48% from their peak, according to Federal Housing Finance Agency (FHFA) data.

Holiday’s 22.2% vacant housing rate, nearly twice the national average, is a hole so big that it will take years for housing demand to match supply. The 8.6% unemployment rate, though unexceptional for America, may further stunt a local recovery. Like neighboring Port Richey, housing prices have also plummeted 48% from their peak, according to the FHFA.

Just as the age of a tree is revealed by rings in its trunk, the age of a town’s housing stock, coupled by new construction rates, speaks volumes about the sturdiness of a city. In the U.S., only 14.4% of homes were built before 1940; in Youngstown, it’s more than 40%. New home construction is at a standstill. Nearly 19% of homes stand vacant, which places further downward pressure on a local recovery.

The city of Dearborn Heights may be home to Ford Motor Company, but it is far from immune to housing and other economic issues plaguing many Michigan cities. Home prices in the city have fallen by a fairly drastic 55.2% since their peak, according to FHFA data. Yet Dearborn would appear to have a little more upside than some of its neighboring cities if only because Ford is preserving it, and because the number of residents earning more than $100,000 annually remains in line with national averages, unlike any of the other cities on this list.

Whiting, an unincorporated area in Ocean County, is home to many retirement communities. The aging of the Baby Boomer population may help lead Whiting out of its funk. Unemployment isn’t especially high. In fact, unlike many other towns on this list, the vacant housing unit rate of 7.8% is below the national average of 11.8%.

Chief among several promising housing trends for Warren is a surprisingly low homeowner vacancy rate, which suggests that the town has seen fewer foreclosures than many other cities in Michigan. Still, sales prices have dropped 35% over the past five years in Warren, says Trulia, which suggests that quite a few homeowners are underwater and perhaps holding onto their properties until things turn around.

Redford is not a large city, but it suffers from problems such as 1-in-159 homes in foreclosure, the worst rate among cities on this list. It also has aging homes, most of which were built just after World War II and may be expensive to maintain. Like Warren, prices have dropped by 38.5% from their peak according to FHFA data. On the bright side, at $52,573 the average annual income in Redford is higher than in many of its neighboring cities on this list. 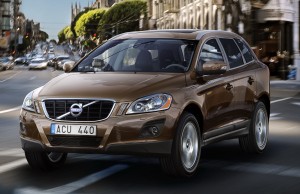 In Gary, as in most other troubled housing markets, employment or rather the lack of opportunities holds the key to its housing recovery. The current high unemployment rate is not a blip unfortunately — Gary has 3% fewer jobs than it did a decade ago, according to Trulia. Much of the local population lives at some of the nation’s lowest income levels as 46.5% earn under $25,000 annually according to Census economic data. Such data suggest that local businesses may have trouble leading the city of recession.

According to Trulia’s Kolko, both Flint and Detroit experienced significant housing-price declines, not because of overbuilding as in Florida but because of “long-term job decline coupled with declining populations.” Worse, Flint suffers from a significant amount of poverty with about 44% of the population earning under $25,000 a year according to Census economic data.

Detroit’s leaders are committed to reducing spending and creating a more livable and prosperous city for families and businesses of all sizes. The local automotive economy is improving, especially as Chrysler stages a comeback from its near-death experience. Some may interpret a year-over-year housing price increase as a positive sign for Detroit’s future. But unkind economists might call it a dead-cat bounce. Unemployment is not merely high, population is decreasing, and in 2010, one-in-five homes were vacant. Long term, that’s a lot of downward pressure on housing prices.

In Case You Missed It:  DESANTIS: IT’S NOT OK TO HATE WHITES
Posted in Financial and tagged Economy, Florida, Foreclosures, New Jersey, Obamanomics.

Economically Significant Regulations On the Rise Under Obama

President Obama claims he’s overseen the creation fewer regulations than his predecessors. But his administration has actually issued far more...