A Missouri politician who was a local campaign manager for Obama claimed that no Jews died in the 9/11 attacks, then reluctantly apologized. 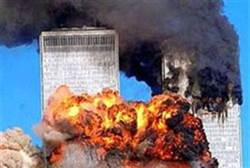 Bangladesh native MD Rabbi Alam [‘Rabbi” is part of his full name] said in a discussion on the topic “Was 9/11 a conspiracy” that September 11, 2001 was an “official holiday for all Jewish people [who] worked in  the WTC (New York World Trade Center)” and that “not a single Jew was killed on that day.”

In fact, it was not a Jewish holiday, and 200-400 Jews, including five Israelis, died in the twin suicide aerial attacks. The fatality count does not include hundreds of others who died in two other suicide aerial crashes, one on the Pentagon and the other in rural Pennsylvania, where the hostages crashed the plane before the terrorists could fly it to Washington.

Alam, running for Missouri Secretary of State, was cornered by a VIN News interviewer after the Washington Free Beacon reported his comments.

VIN’s Rabbi Yair Hoffman told Alam in the interview that he personally knew many Jews who were killed, and asked Alam, “Are you saying that these people went into hiding or that his children, his father, and his brother are all lying and, in fact, he is still alive?”

Alam, who originally had confirmed his position, finally capitulated in the wake of emails and evidence that he was wrong,

He then made a strange turnabout, expressing outrage that such misinformation could appear.

The Missouri Right to Life Political Action Committee endorsed Alam for Secretary of State according to Family Security Matters.

The endorsement states that it “takes great care in choosing candidates to support in elections.”

Alam’s personal YouTube channel shows him speaking against the U.S. War on Terror, which he called  “nothing but a horror suffering for us as an immigrant.”

An Inside Look in Eastern Jerusalem: Daily Muslim Attacks on Jews

Jews in the Beit Hanina neighborhood of Jerusalem, a hotbed of angry Arabs in one of the areas claimed by...