Why do they need attacks right now the former bodyguard said? Al Qaeda is getting everything they want right now, without attacks. “Nasser Al-Bahri, Former Bodyguard of 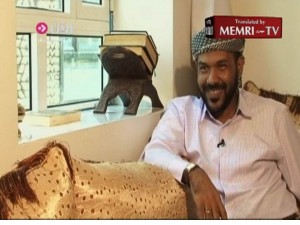 Osama Bin Laden: ” There Will Be Large-Scale Attacks against the West in the Near Future,” from MEMRI, July 18 (thanks to JAT):

Following are excerpts from an interview with Nasser Al-Bahri, former bodyguard of Osama Bin Laden, which aired on Alaan TV on July 18, 2012.Nasser Al-Bahri: Since the commander-in-chief [Sayf Al-Adl] returned to Afghanistan, I expect something to happen in the next couple of years. There will be large-scale targets.

Interviewer: What kind of thing? An attack?

Nasser Al-Bahri: Of course, attacks. I expect great strikes against the US and the Western coalition in the near future, because many of the people…

Interviewer: Do you believe that there is coordination between Al-Qaeda and Iran?

Nasser Al-Bahri: Such cooperation is inevitable, due to the military principle: “The enemy of my enemy is my friend.”

Pakistan-based Al Qaeda’s  senior leadership remained committed to acquiring weapons of mass destruction including nuclear weapons, even more so after bin Ladens death.  Al Qaeda’s leaders yearn to acquire and use weapons of mass destruction against the United States; if they acquired a nuclear bomb, they would not hesitate to use it. Indeed, such an attack would make 9.11 look like a walk in the park.   It appears that Al-Qaeda is laying the groundwork for something “far worse” than 9/11.

It may be difficult for Al-Qaeda to acquire an intact nuclear weapon, though not inconceivable. Should a nuclear bomb ever be detonated in an American city, the carnage would defy our imagination. It is estimated that a ten-kiloton device, less powerful than the Hiroshima bomb, detonated in mid-town Manhattan during the workday, would immediately kill approximately 500,000 people. A similar number would be fated to die in the following days and weeks from the effects of radiation poisoning.  Should Al-Qaeda actually detonate a nuclear weapon in an American city, the entire world as we know it would cease to exist.

Conservativepapers , is calling for Christians and Jews to stand in support of Chick-fil-A on Wednesday, Aug. 1. The restaurant...