A new report from Republicans on the House Committee on Energy and Commerces reveals that Obama administration officials used personal email and met with lobbyists at a coffee shop across the street from the White House to avoid disclosure rules.

As reported by Politico, the report shows several examples of White House officials communicating with officials in the health care industry from private email addresses rather than their official government accounts.

As had been previously reported, White House aides also set up meetings with registered lobbyists at a Caribou Coffee across the 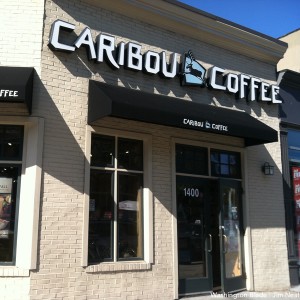 Jeff Smith, a senior adviser to the director of the White House’s Office of Science and Technology Policy, emailed one GPS industry executive encouraging him to meet him at the coffeeshop because of strict security rules at the White House.

“[P]lus you’d appear on an official WH Visitor List which is maybe not want [sic] you want at this stage …” he wrote in an email last May.

White House spokesman Jay Carney again ducked a questions about whether White House staffers conduct meetings outside of the White House to avoid disclosure rules during a press gaggle on Wednesday.

“The American people have a right to know that White House staff and federal officials are conducting the business of the government transparently and in accordance with record-keeping statutes,” Rep. Darrell Issa (R-Calif.), the chairman of the House Committee on Oversight and Government Reform, wrote in a Friday letter to White House chief of staff Jack Lew.

In Case You Missed It:  The Myth of 'White Guilt'
Posted in Tyranny and tagged Crime, Obama, White House.

Real US unemployment: More than 15%

While the official US unemployment rate lies just above 8 percent, real jobless rates are almost three times that high...