Washington Post News Columnist Colbert King issued a strong warning against Iranian anti-Semitism this week in a column in the Washington Post. King, a Pulitzer prize-winning columnist, termed Iranian hatred “the most virulent form of state- 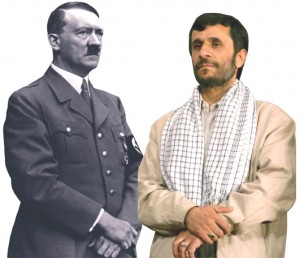 Iran “is more than a threat to a piece of geography called Israel,” he said. It is “the greatest threat to Jews to emerge in the past 70 years.”

King quoted multiple statements from Iranian President Mahmoud Ahmadinejad accusing “Zionists” of “ruling the major world affairs” to support his argument that “the Iranian government is as anti-Semitic as the Third Reich.” He also noted Iranian Vice President Mohammad Reza Rahimi’s claims that “Zionists” and the Talmud are behind the global drug trade.

The focus must not be solely on Iran’s nuclear program, he argued, but on the regime’s threat to Jews worldwide. “The fingerprints of Iran were found in attacks on Jews in Bulgaria, India, Thailand and Georgia,” he stated. “Contending that Iran’s threat is mainly to Israel is to ignore reality, unpleasant and challenging though it may be.”

King challenged the international community to stand up against Iranian leaders’ overt anti-Semitism. “It is almost beyond belief that the rest of the world would hear such an outrage and look the other way,” he argued.

Ahmadinejad recently called for Israel’s destruction again, telling ambassadors from Islamic countries that the “annihilation of the Zionist regime” would be the “key to solving the world problems.” He also accused United States presidential candidates of “kissing the feet of the Zionist.”

Earlier this year, over protests from the country’s communist party, Russia agreed to join the World Trade Organization (WTO). Now...