What we would expect to hear out of once Stalinist Soviet union or China when it was under Mao, right here in the United States a former Marine has been 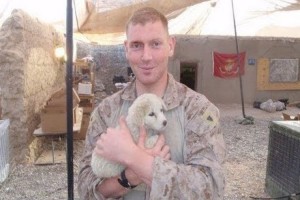 involuntarily arrested and detained for posting anti-government messages on Facebook. Authorities have chosen to trampling on his First Amendment rights, Obama’s secret service officers decided to follow any orders they are told by their superiors, as as the Soviet gulags did. This is a crime so scary, a message to every American to not mess with the powers in control.

Brandon J. Raub 26, was handcuffed and whisked away in a police cruiser without being served a warrant or read his rights. The Gulag like authorities claim they don’t have to because it wasn’t an arrest, they say he doesn’t face criminal charges only detainment for as long as they want.

What was this man’s crime, he was blogging about a coming revolution.  In one message earlier this month according to authorities, Raub simply wrote: “Sharpen my axe; I’m here to sever heads.” According to our new USSA government that post entitles you to be forced into psychiatric evaluation and detained for who knows how long.  Raub was not charged with any crime, even worse a corrupt judge ordered Raub detained for another month at the John Randolph Medical Center.

The Gulag like government officials not only arrest Brandon Raub for doing nothing more than exercising his First Amendment rights but they actually forced him to undergo psychological evaluations and detain him against his will goes against every constitutional principle this country was founded on.

In Case You Missed It:  Trump Executive Order Combats Credentialism in Federal Hiring

Raub’s mother, Cathleen Thomas, said by telephone that the government had overstepped its bounds.

“The bottom line is his freedom of speech has been violated,” she said.

In the late 1960s and early 1970s, the Soviet government cracked down on offenders who criticized the Soviet 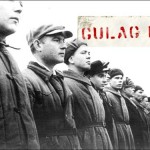 government. Now that the Soviet government is no more, it appears the USA and its out of control government choose to take its place, and treat American citizens in much the same way.

Raub served tours as a combat engineer in Iraq and Afghanistan, is “concerned about all the wars we’ve experienced”. He is little odd and believes the U.S. government was complicit in the Sept. 11 terrorist attacks like Ron Paul does and others. One of his Facebook posts, she said, pictured the gaping hole in the Pentagon and asked “where’s the plane?” Although odd, does that merit detainment?

John Whitehead from the Rutherford Institute said he found nothing alarming in Raub’s social media commentaries. The posts that supposedly were of concern were your typical  libertarian-type posts that we see all the time.

A Virginia-based civil liberties group, The Rutherford Institute, dispatched one of its attorneys to the mental hospital to represent Raub at a hearing Monday. The big concern is whether government officials are monitoring citizens’ private Facebook pages and detaining people with whom they disagree with. Unfortunately in this case the arresting officers, the judge are all complacent in this violation of this man rights.

Heinrich Himler would be proud of the so-called “mental health workers” police officers, secret service workers and the “judge” in this case.  Is this an example to the rest of Americans? The Government now will decide what you can and can’t say, certainly it is not freedom of speech as constitution provided in the past.  We as American now have no rights, only privileges that can be revoked at any given moment, one must remember we are in Obama country now, and we must all watch what we say, or else.

93-year-old Viviette Applewhite holds up the free voter ID she obtained in Philadelphia. In another victory for voter ID, last...