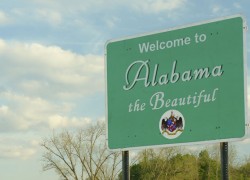 The 11th Circuit Court of Appeals issued a decision on Monday over Alabama’s Arizona-style immigration law, enjoining many provisions similar to those that the Supreme Court held were preempted by federal law when it issued its decision in June concerning Arizona’s law but upholding other key provisions.

In U.S. v Alabama, the 11th Circuit refused to issue an injunction against Sections 12, 18, and 30 of Alabama’s HB 56. According to the court, those sections of Alabama law:

Section 12—the ability of police officers to check the immigration status of individuals they have detained or arrested—was the most prominent provision of the law that the Obama Administration attacked. The Justice Department failed to have that provision enjoined, leaving Alabama police officers free to seek such information from those the officers have a reason to suspect are illegal aliens. Following the Supreme Court’s decision on an almost identical provision in the Arizona case, the 11th Circuit said that “it is not problematic to request information explicitly contemplated by federal law.”

Section 18 is a necessary complement to Section 12, since driving without a license is a violation of state law. Being detained by an Alabama state trooper on Interstate 65 north of Birmingham because you don’t have a license would obviously give the trooper the ability to check your immigration status under Section 12.

Section 30 was upheld because, as the court said, “it is perfectly legitimate for Alabama to withhold a motor vehicle license plate from an individual who cannot lawfully operate the vehicle.” Under the REAL ID Act of 2005, states were encouraged by Congress to require evidence of “lawful status as a prerequisite to issuing a driver’s license.” Since Alabama does not issue driver’s licenses to illegal aliens, it cannot be forced to issue license plates to illegal aliens. And withholding business, commercial, and professional licenses is “likewise permissible” since “Congress has either expressly or implicitly approved of the state’s withholding” of such licenses.

It is true that the 11th Circuit did enjoin other provisions of the Alabama law that, for example, criminalized an illegal alien’s application or solicitation for employment at least until the matter is resolved after a full trial. Some of those individual rulings are questionable, but the court still upheld three key provisions of the law, including the ability to deny driver’s licenses, license plates, and professional licenses of all kinds to illegal aliens. This provides a powerful deterrent to illegal aliens entering the country, since it regulates the transportation that is necessary to live and work in the state, as well as some professional occupations.

When that is combined with the holding of the Supreme Court in another case, Chamber of Commerce v. Whiting, which said that states can require employers to use the federal E-Verify system to confirm the eligibility of all employees and impose penalties on employers who knowingly or intentionally employ illegal aliens (including loss of their business license), states still have very powerful tools to use to help enforce federal immigration laws and deter illegal aliens from settling in their states, imposing enormous costs on state governments and taking jobs away from their citizens.